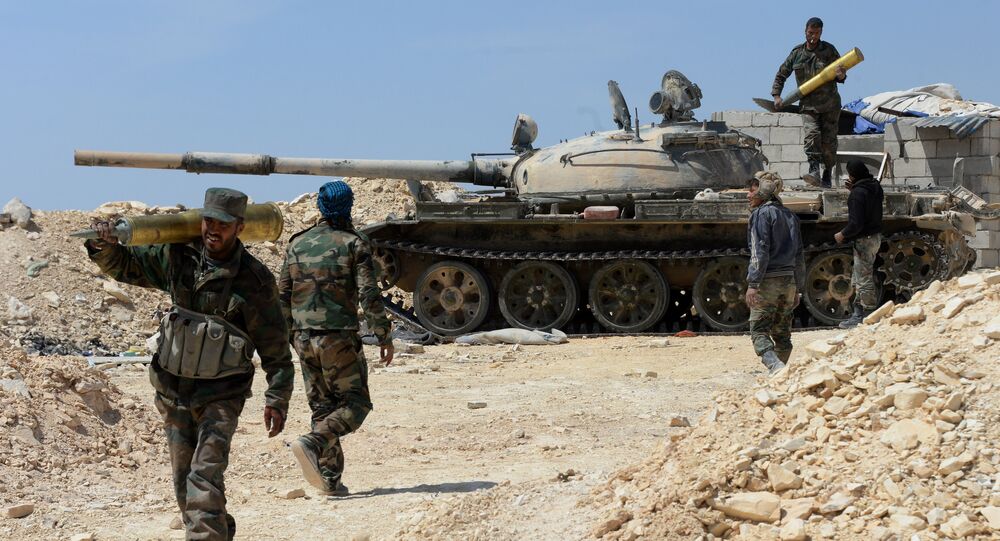 Putin: 'Outcome of Fight Against Daesh Being Decided on Syrian Soil'

Syria is the place where the outcome of the fight against Daesh is being decided, President Putin said.

MOSCOW (Sputnik) – Syria stands at the epicenter of the battle against the outlawed Daesh jihadist group while a resolution to the Arab republic’s civil conflict is still far off, Russian President Vladimir Putin said at a meeting with Russian ambassadors and permanent representatives Thursday.

"It is clear that a final settlement is still very, very far off, but the experience gained over the last few months in Syria demonstrated that only by joining efforts toward the creation of a broad anti-terrorist front urged by Russia can we successfully confront today’s threats," he reassured.

© REUTERS / Esam Omran
Democracy of Mass Destruction: Terrorists Use Chaos Brought From Outside - Putin
Syria has been engulfed in a civil war for over five years. Apart from fighting against armed opposition groups, Damascus has had to counter the advance of various militant groups, including the notorious Daesh and al-Nusra Front, both outlawed in Russia.

Since the beginning of the Syria civil war, the United States and some of its allies have supported the moderate Syrian opposition, calling for President Bashar Assad's resignation, while Russia and Iran recognized Assad as the only legitimate Syrian authority.