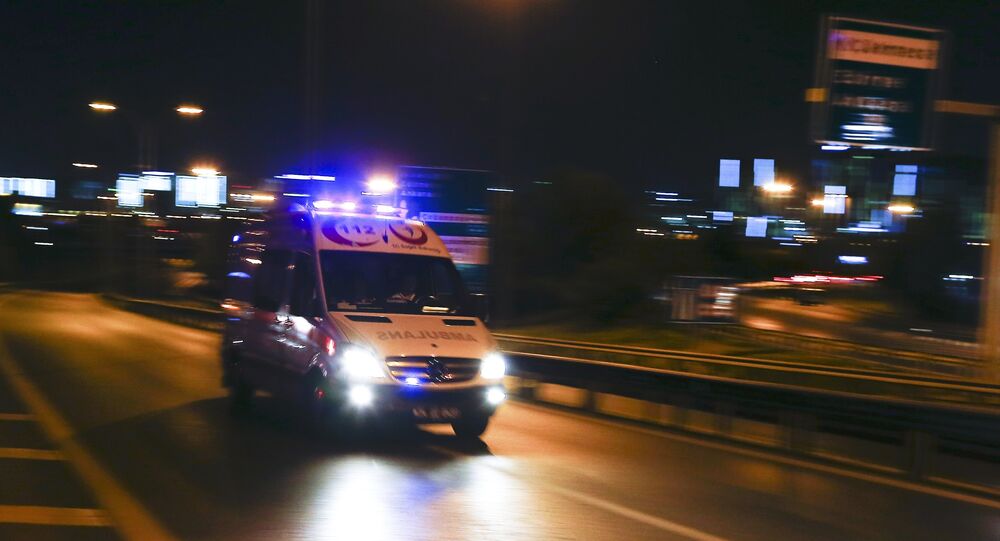 Turkish President Recep Tayyip Erdogan condemned the attacks vowing for the country to take a decisive stance against Daesh terrorists. "It is clear that this attack is not aimed at achieving any result but only to create propaganda material against our country using simply the blood and pain of innocent people," he said in a statement.

The Turkish Prime Minister Binali Yildirim confirmed that at least 3 gunmen opened fire with Kalashnikov automatic rifles before triggering suicide vests as authorities approached. He indicates that security forces shot several suspects at the international terminal's entry in an effort to neutralize them before the attacks blew themselves up before being killed or apprehended by Turkish police.

The attack location, with both explosions and the initial point of attack taking place in the international terminal indicate that the attackers were not solely targeting Turkish residents.

The attack occurred in the security checkout line as passengers approached the x-ray scanners starting with a wave of heavy gunfire. Hand grenades were also reportedly thrown by the attackers prior to blowing themselves up.

The International Red Cross Committee (IRCC) is encouraging blood donation to aide the victims of the Ataturk airport attack.

Flights in and out of Ataturk Airport have been suspended following the attack according to Turkish airport officials until 8:00am local time. Additionally all US flights to Istanbul have been suspended and a Moscow flight into the airport is now being diverted back to Russia. The Turkish President reportedly met with the Prime Minister, Binali Yildirim and the head of the Turkish armed forces at the presidential palace following the blast according to local media. In a show of solidarity, Brussels Airport that was the scene of a horrific terror attack on March 22, 2016 that left 32 dead and over 300 people wounded tweeted that the victims of the Istanbul attack are in their thoughts and prayers.

© REUTERS / 140journo
Security Video Shows Suicide Bomber Exploding Himself at Istanbul Ataturk Airport
Another shocking piece of security footage shows one of the suicide bombers at the point of explosion. In the video, police shoot the attacker as passengers are running away. A Turkish police officer approaches the terrorist before quickly running in the opposite direction to avert being caught within the blast radius.

For those who arrived at Istanbul's Ataturk airport or are in the impacted area who wish to let their friends and family members know they are safe this can be done by Facebook's The Explosion at Istanbul Ataturk Airport Safety Check site.