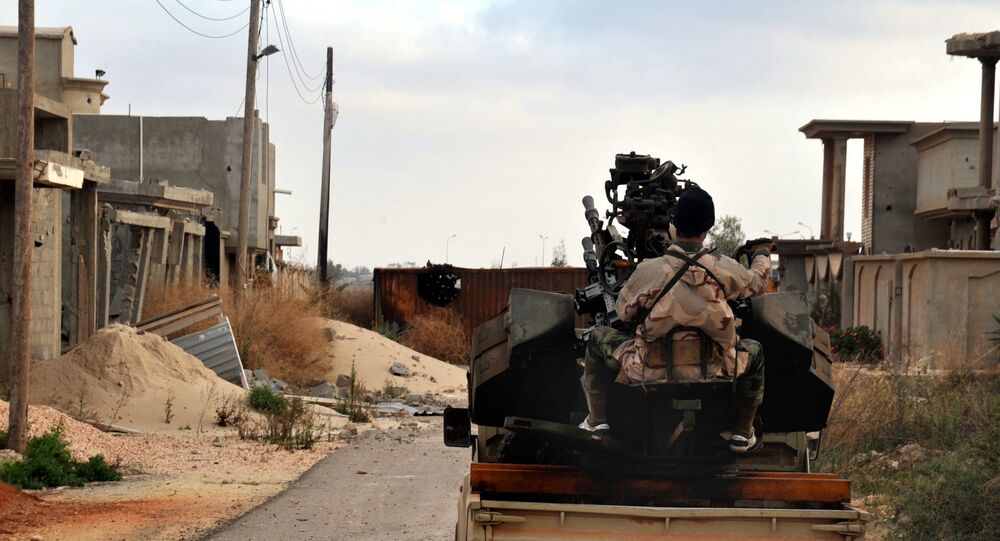 Daesh Terrorists in Libya Use Civilians as Human Shields - Military

Spokesman for Libyan forces said that Daesh jihadist group militants in Libya's port city of Sirte are using civilians as human shields and their houses as bases.

"They’ve made civilians into a human shield, keeping them from leaving the city and using their houses as bases," Ghasri was quoted as saying by The Times on Monday.

According to the spokesman, thousands of civilians were trapped in the Sirte areas seized by the Daesh.

At Least Five Killed, 13 Injured in Car Blast in Libya