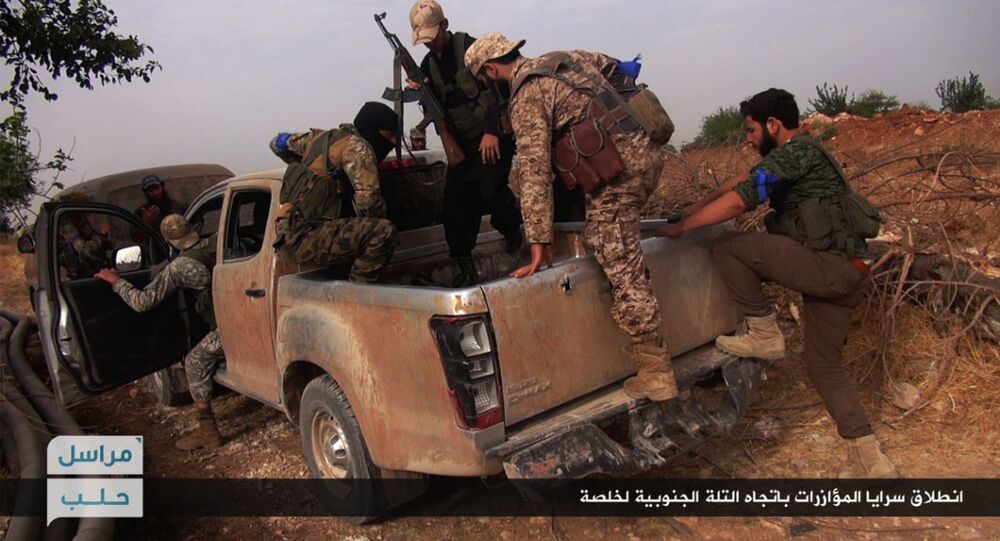 The Nusra Front militants in the north of Syria got 100 surface-to-air (SAM) missiles, designed to be launched from the ground to destroy aerial targets, in particular, aircraft or other missiles, according to local media.

No details on the supplier or the kind of missile was immediately provided by the broadcaster.

The SAM is a missile designed to be launched from the ground to destroy aerial targets, in particular, aircraft or other missiles.

Syria has been mired in civil war since 2011, with numerous opposition factions and Islamic extremist groups fighting government forces, seeking to topple the government of President Bashar Assad.

© AP Photo / Al-Nusra Front Twitter page
Russia Urges UN Human Rights Council to Make Report on Nusra Front Crimes
A ceasefire deal for Syria was worked out by Russia and the United States and took effect on February 27. The cessation of hostilities does not apply to terrorist organizations, such as Islamic State (ISIL or Daesh) and the Nusra Front, both of which are outlawed in many countries including Russia.

Earlier this year, various report emerged in the media that militants in Syria were shooting down the Syrian Army's planes as they had advanced, reportedly Western-made, anti-aircraft missiles.