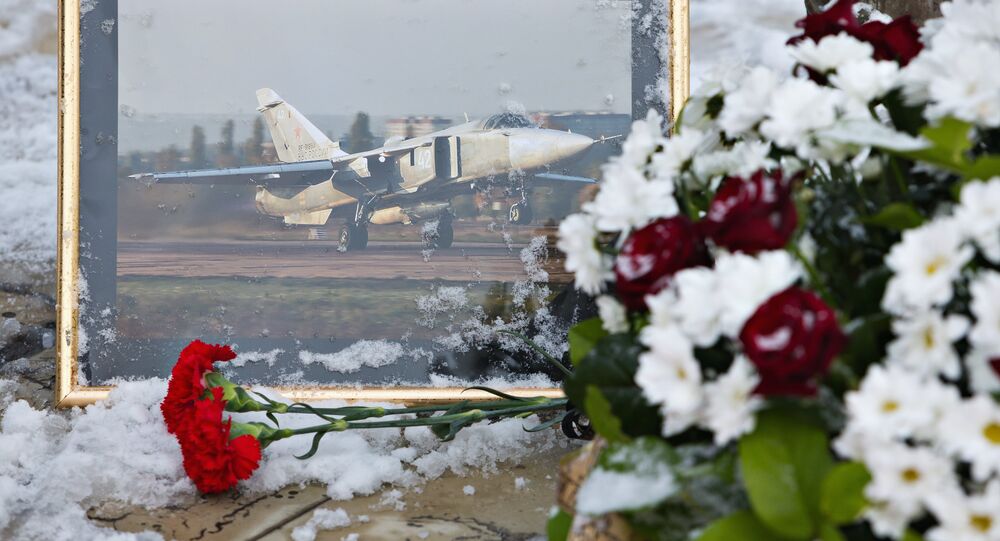 The trial of Alparslan Celik, a Turkish citizen accused of the criminal possession and carrying of weapons, has begun in the western Turkish city of Izmir. Celik had earlier been found not guilty of the murder for the murder of Russian pilot Oleg Peshkov, whose Su-24 bomber jet was shot down over Syria in November 2015 by a Turkish warplane.

The court session began at 10 am GMT in conditions of heightened security. The entrance to the courtroom was guarded by over a dozen armed police and security services officials in civilian clothes. Russian media were not allowed into the courtroom, supposedly due to a lack of space.

A court official told Russia's RIA Novosti news agency that "the hall is very small, there is very little room for the public; we can allow the press into the courtroom only during a break in the proceedings, if one is announced."

© Photo : Youtube/Sinan Syr
Alparslan Celik: What is Known So Far About Alleged Killer of Russian Su-24 Pilot
The court has also banned media from disclosing statements by the accused, the official added.

Later, Alparslan Celik, a member of the ultra-nationalist militant group Grey Wolves, suspected to be operating in the area, confirmed his involvement in the murder of the Russian pilot.

In early April, Celik was arrested in Izmir on charges of the criminal possession and carrying of weapons. During the investigation, he claimed that he personally did not shoot Peshkov, and that he told his men not to do so, but that he took responsibility as the commander of the militia group. The prosecutor's office withdrew the charge of murder against Celik due to "insufficient evidence."

© Sputnik / Uliana Solovyova
Moscow Wants Turkey to Objectively Investigate Killing of Russian Pilot
Celik appeared before the court along with a group of six others, detained with him for the criminal possession of weapons; Turkish authorities seized Kalashnikov assault rifles, shotguns and pistols. Celick and his associates face between 5-8 years of imprisonment if the court finds them guilty of the criminal possession of weapons. Celik does not accept the charges, suggesting that the weapons do not belong to him, but to those detained with him, who had also previously fought in Syria.
...
Reddit
Google+
Blogger
Pinterest
StumbleUpon
Telegram
WhatsApp
77

Suspected Turkish Killer of Russian Pilot to Walk Away Scot-Free

Alparslan Celik: What is Known So Far About Alleged Killer of Su-24 Pilot