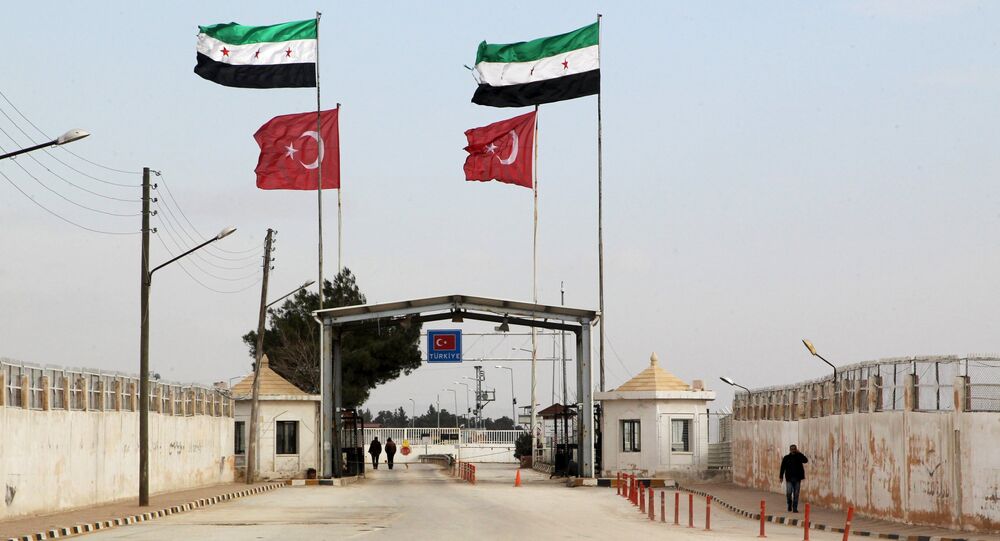 Turkey 'Unable to Properly Investigate' Killings on Border With Syria

On Monday, media reported that eleven people had been shot dead by a Turkish border guard as they tried to escape from war-torn Syria to Turkey. In an interview with Sputnik, head of the Turkish Association on Human Rights Öztürk Türkdoğan commented on the issue.

© REUTERS / Lefteris Pitarakis
Turkey Vows to Keep Border Open for Fleeing Syrians
Members of the Syrian National Coalition claim that on Monday Turkish border guards shot eleven Syrians who were trying to flee to the Turkish territory amid violence in Syria.

The Turkish military denied these reports, but their statements have been considered inconclusive by the EU which is now supposed to check the veracity of such reports.

Replying to the question of whether similar incidents could have happened before, Türkdoğan said that there used to be a lot of violations of that kind at the Syrian-Turkish border and that many civilians were killed during similar incidents.

"The main problem regarding the investigation of such incidents in Turkey is that the border is entirely under control of military units […] the entire border area has the status of a military exclusion zone. This means that it is closed to civilian attorneys and thus, civil institutions, including the judicial and prosecutorial one, are strictly forbidden from carrying out any inquiry there," the expert said.

"Investigations can only be carried out by representatives of the military authorities. Thus, in Turkey there is no favorable legal environment for the investigation of such incidents," Türkdoğan added.

© AFP 2021 / ILYAS AKENGIN
Initial Evidence in Killing Syrian Refugees Points to Turkish Border Guards
Earlier, Gerry Simpson, a HRW representative told RT that experts still have to verify some details "but it does look like a group of Syrian asylum seekers were indeed shot at by Turkish border guards."

Footage showing the dead refugees was established to be from an area where the HRW has previously recorded violence against Syrian asylum seekers, Simpson added.

"The denials of the Turkish authorities should be viewed with extreme skepticism. Even the prosecutor's office is unable to conduct the investigation properly, not to mention independent experts. First of all you need to know the reality of the Turkish legal system," Türkdoğan explained.

According to him, reports of human rights organizations such as HRW and the Syrian Observatory for Human Rights should be taken seriously and independent experts should conduct a proper investigation. He also believes that the inquiry into these incidents must be carried out with the oversight of international observers.