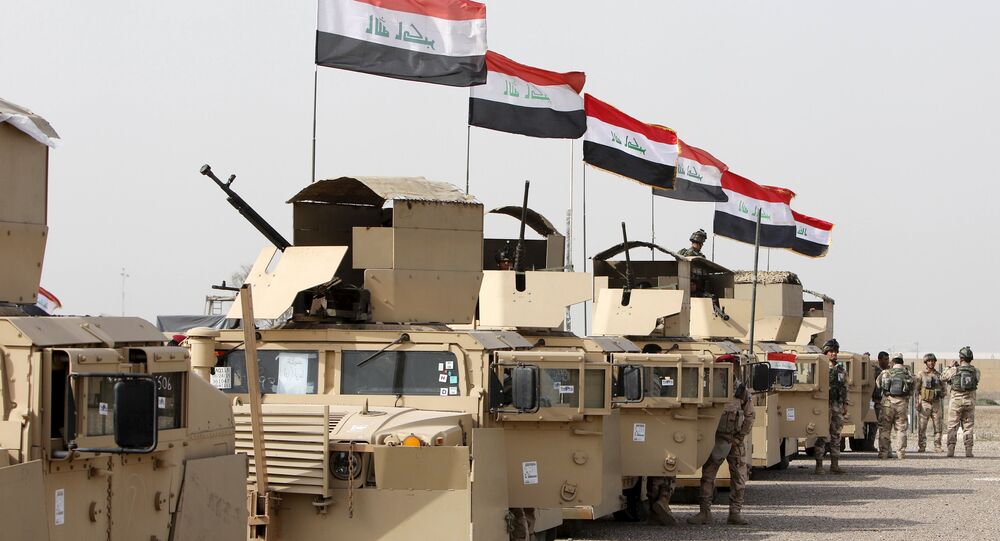 US Special Presidential Envoy for the Global Coalition to Counter Daesh Brett McGurk commended the Iraqi security forces on their successful efforts in Fallujah as well as in Anbar province.

US Air Force
US-Led Coalition Conducts 27 Airstrikes Against Daesh in Syria, Iraq
WASHINGTON (Sputnik) — US Special Presidential Envoy for the Global Coalition to Counter Daesh Brett McGurk held meetings with the leaders of Iraq and Kurdistan Region during his visit to the country on June 18-21, US Embassy in Iraq announced in a release on Tuesday.

The embassy noted that McGurk commended the Iraqi security forces on their successful efforts in Fallujah as well as in Anbar province.

“Throughout, he emphasized continued US support for Iraqi Security Forces, through training, logistics, and air support, including ongoing operations to retake Qayarrah, which will further isolate Mosul and set the stage for its full liberation,” the release added.

The envoy called on the coalition partners to step up humanitarian efforts, and said that Washington is committed to increase its contributions. ‎

While in Erbil, McGurk discussed joint coordination and planning of operations to retake Mosul with Barzani and Iraqi National Security Advisor Falah al-Fayyad.