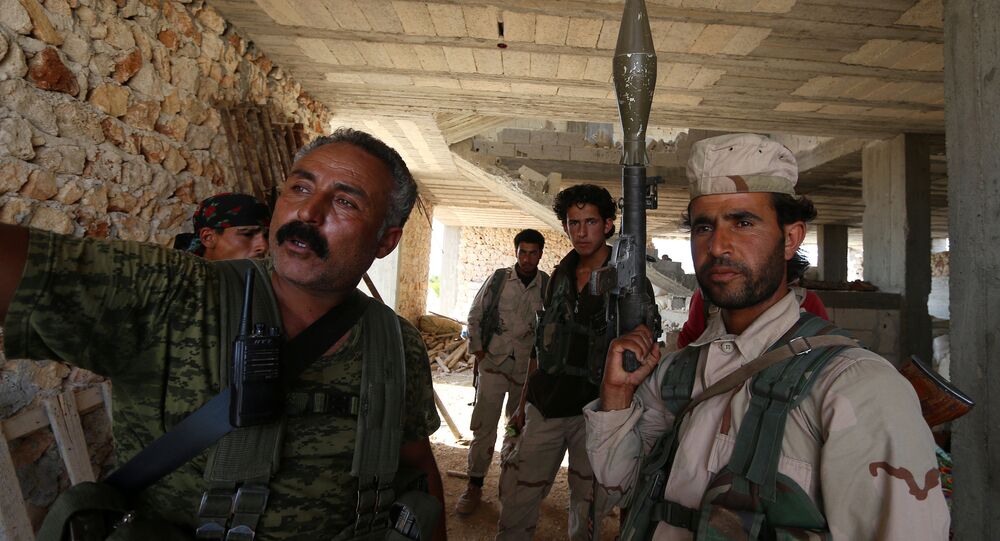 According to the Patriotic Union of Kurdistan, Syrian Democratic Forces killed the commander of Daesh in the city of Manbij.

© REUTERS / Rodi Said
Why US Diplomats Urge Obama to Fight Assad Instead of Daesh in Syria
MOSCOW (Sputnik) – The Syrian Democratic Forces killed the commander of Daesh in the city of Manbij, Abu Hamza Ansari, the Patriotic Union of Kurdistan (PUK) said Monday.

"The Kurds are advancing from the east, having seized the el-Khatib district, the last stronghold of Daesh on the way to Manbij… Abu Hamza Ansari, Daesh commander in Manbij, was killed," the PUK press service reported.

According to the PUK, the death toll among Daesh militants has reached 22 people over the past 24 hours of fighting in Manbij.

On Wednesday, the Kurdish-led Syrian Democratic Forces declared that Manbij had been liberated from Islamic State, a terrorist group outlawed in the United States, Russia and many other countries around the world.