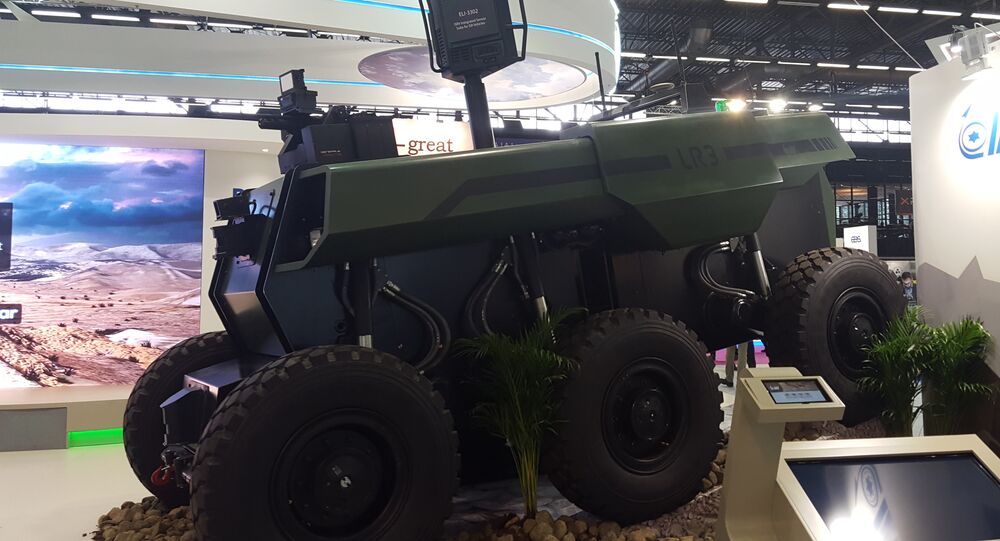 A new unmanned ground combat vehicle was reportedly unveiled by Israel Aerospace Industries at a defense exhibition in Paris.

The RoBattle is designed to complete whole array of missions, including reconnaissance, surveillance, fire support and convoy protection.

To implement the missions, the 7 metric ton vehicle features a modular design; its components can easily be swapped out to enhance functionality.

The 3-ton payload include manipulator arms, Intelligence, Surveillance and Reconnaissance sensors and radars, as well as remotely controlled weapons.

"With the modular 'robotic kit' methodology, designed to meet specific customer requirements, RoBattle is one of the most advanced combat, maneuvering, ground robotics [units] in the market,"  according to Meir Shabtai, IAI's deputy general manager of ground robotics systems.

© Photo : Ruptly TV
Enter the Machine: Russia Deploys Robots to Demine Palmyra
RoBattle, which is the size of a small car, is also equipped with a sophisticated system for overcoming obstacles.

The vehicle can climb to a height of one and a half meters and lower itself to a visible height of 60 centimeters in order to evade enemy fire.

Also, the robot can operate up to 12 hours without recharging while in "ambush mode", which includes tracking and responding settings.