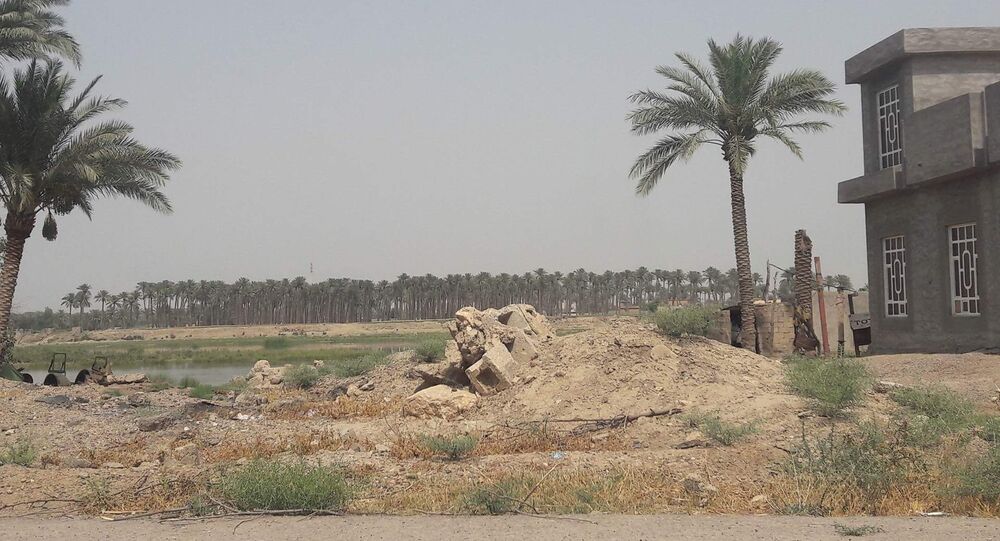 On Friday Iraqi security forces have managed to regain control over most part of the city of Fallujah.

© AP Photo / Khalid Mohammed
Iraqi Military Says Liberation of Fallujah From Daesh to Take a Few Days
CAIRO (Sputnik) — Iraqi Prime Minister Haidar Abadi on Friday announced that the Iraqi security forces have managed to regain control over most part of the city of Fallujah, held by the Daesh terorrist group for over two years.

"We promised to liberate Fallujah, and we did it. The security forces control almost the entire city except for small hotspots, which will be eliminated in the coming hours," Abadi said in a televised speech to the nation.

Daesh terror group is banned in many countries, including Russia.

"ISF forces under the command of [Iraqi] Prime Minister Haider al-Abadi have entered the city," Carter stated. "They are in control of a portion of the city: It is too early to say all of the city. This is an important objective", US Secretary of Defense Ashton Carter told reporters on Friday.

© REUTERS / Alaa Al-Marjani
US Envoy Confirms Iraqi Forces Advancing in Central Fallujah
Fallujah, located some 42 miles west of the Iraqi capital of Baghdad, is one of the largest cities in the Anbar province. The Islamic State terror group, outlawed in many countries including Russia, has been in control of the city since 2014. Carter noted that it is an important principle for the United States the liberation of Fallujah to be achieved by the ISF.

"There is still some fighting to be done," Carter added.

The Iraqi military operation to liberate Fallujah will be finished in two to three days when the militants still concentrated in the north of the city are cleared, Iraqi Brigadier General Abdelwahab Saadi said earlier on Friday, according to a media report.