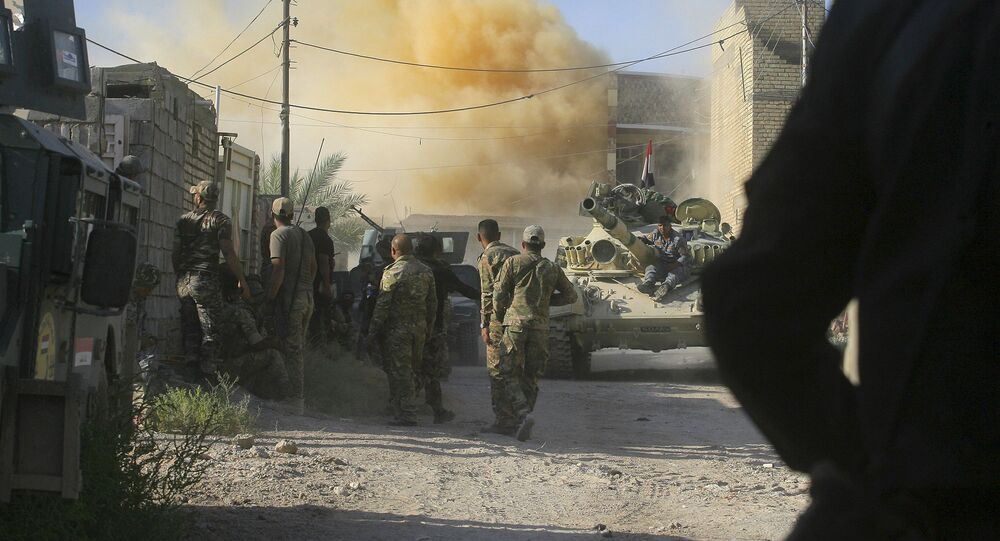 The Iraqi security forces have taken under their control the center of the city of Fallujah, liberating it from the Islamic State militant group, the Al Hadath television channel reported Friday.

The Iraqi Army and Shiite militias, backed by US airstrikes, launched the offensive to retake Fallujah on May 22. The governmental forces have already gained control over most of suburbs of the city. Fallujah, located some 42 miles west of the Iraqi capital of Baghdad, is one of the largest cities in the Anbar province.

The situation in and around Fallujah, situated only some 50 kilometers west of the Iraqi capital city of Baghdad is appalling. Residents are being forced to eat unsuitable food and animal fodder and drink raw river water to survive. Those attempting to escape run the risk of being maimed or shot dead by Daesh snipers.