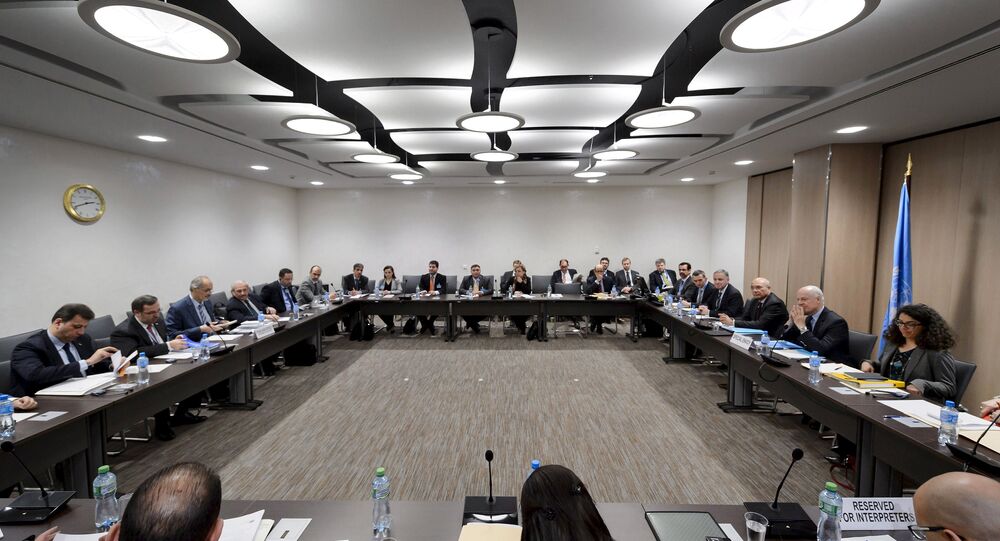 Damasus Expects UN to Announce New Round of Intra-Syrian Talks

Damascus expects Staffan de Mistura will announce the dates of a new round of intra-Syrian negotiations in Geneva, Syrian Ambassador to Russia Riyad Haddad told Sputnik.

ST. PETERSBURG (Sputnik) — Damascus expects UN's Syria envoy will announce the dates of a new round of intra-Syrian talks soon:

"De Mistura is responsible for intra-Syrian talks, and he has been postponing holding the next round, thus postponing the talks that need to be held before the drafting of a new constitution. Therefore, we are still awaiting his decision," Haddad said.

© AFP 2021 / MARWAN IBRAHIM
Life After Raqqa: Regions Where Daesh May Move to If Defeated in Syria
The Syrian government is ready for the next round of the intra-Syria talks in Geneva, Syrian Ambassador to Russia Riyad Haddad told Sputnik.

"The Syrian government has been ready for the next round of talks in Geneva for a long time, as soon as [UN Special Envoy for Syria Staffan] de Mistura announces them. We are waiting," the official said.

A Syrian government delegation, as well as three opposition groups — the Riyadh-formed High Negotiations Committee, the Moscow-Cairo and the Hmeymim groups have been taking part in the UN-mediated Geneva talks on Syrian reconciliation.