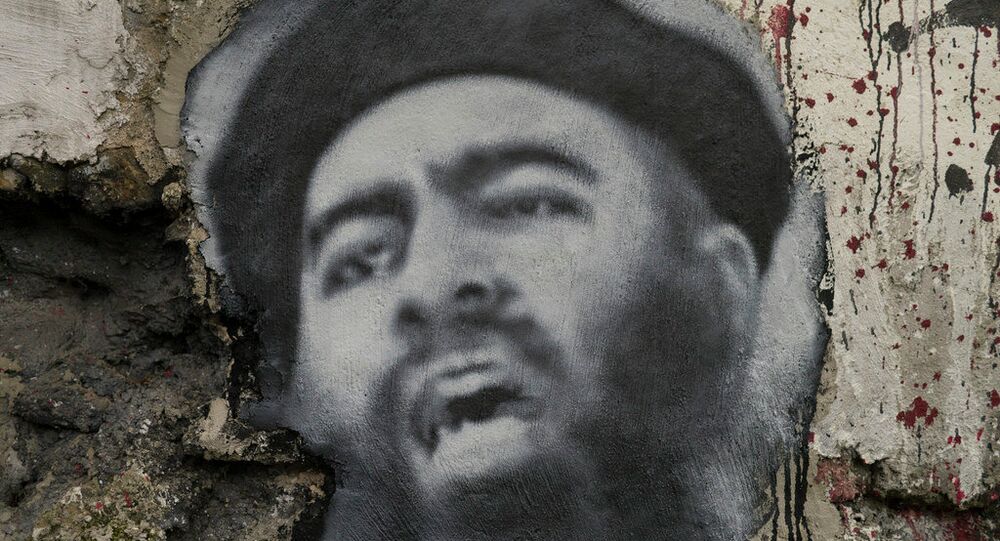 Abu Bakr Baghdadi, the leader of Daesh terrorist group, has been wounded, and the Syrian government is expecting his elimination soon, Syrian Ambassador to Russia Riyad Haddad told Sputnik.

ST PETERSBURG (Sputnik) – Last week, media reports emerged claiming that Baghdadi was killed in a US airstrike. Pentagon and the Iraqi army denied these claims.

"There is no clear information on his killing, but I definitely know that he was wounded. But this does not matter, as in near future not only him, but also other IS [Daesh] members will be killed," he said.

The ambassador added that a meeting of Syrian and Russian defense ministers is currently being planned:

"Indeed, one minister should visit the other, the place and the date are not known yet, but we have such plans," the official said answering a corresponding question.

© AFP 2021 / SAFIN HAMED
Fierce Battle Rages Between Yazidi Forces and Daesh in Sinjar (VIDEO)
Earlier this year, various reports emerged about Baghdadi's injures or death. In April, US Department of Defense announced that Baghdadi was alive, and was traveling between Syria and Iraq.

Baghdadi is the leader of Daesh, which is a designated terrorist organization outlawed in many countries, including the United States and Russia.