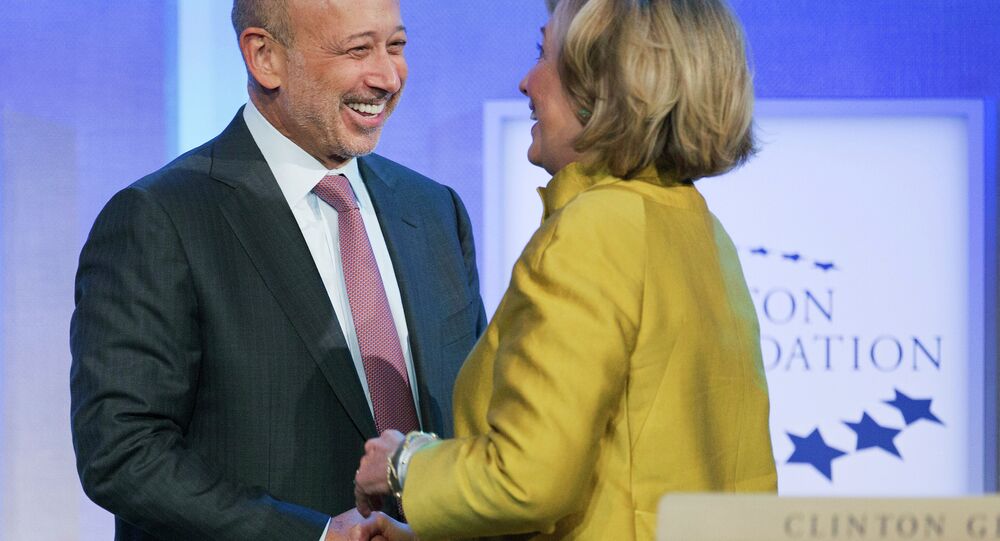 © AP Photo / Manu Brabo
No US Allies Prepared to Send Troops to Aid Fight Against Daesh in Libya
According to the Libyan government, Goldman Sachs bankers used bribes, lavish gifts, and prostitutes to lock in contracts that turned out disastrous for the African nation. The trial, which begins this week in London, has made headlines, as many of the bank's top officials rotated into and out of influential government jobs, including managing partner Timothy Geithner, who was appointed Secretary of the Treasury under US President Barack Obama.

Russ Baker, editor in chief of WhoWhatWhy news, covered Libya at the time of the 2011 NATO bombing. Speaking to Radio Sputnik's Loud and Clear, he explains that there's plenty of evidence the intervention was all about the money from the beginning.

"Gaddafi was one of the few leaders in the Arab world that really was independent…He not only was encouraging all of the Arab countries to try to work together to generate political power on the world scene, but he also [encouraged] African countries…to take full ownership of their own natural wealth," Baker tells host Brian Becker.

"All of this had bankers and oil companies shaking in their boots, because this man was seen almost like another Castro…going his own way and encouraging others to do so. This was a terrifying prospect for these corporations."

According to Baker, the intervention into Libya by the US and its allies had little to do with human rights and was in fact driven by an alliance between big governments and big corporations.

​The Libyan government, which was "forced to accept responsibility" for the deadly bombing of Pan Am flight 103 over Lockerbie and pay out tremendous reparations, welcomed deals with financial giants like Goldman Sachs in hopes it could recoup the money lost from the sanctions.

"They lost 98 percent of the money. [Goldman Sachs] put them into incredibly risky things, and it's very confusing, because they seem to have managed to lose the money even before the global economy really went south," Baker said.

© AP Photo / Carolyn Kaster
Daesh in Libya 'Most Dangerous,' to Plot Attacks in Europe - CIA Director
Goldman, however, made 200 million in profits from the arrangement. According to Baker, the bankers knew they were taking advantage of unqualified people. Even more shockingly, Baker added, is that when big banks started crashing in 2008, Goldman turned to Libya to ask if the government wanted to buy the nearly bankrupt institution.

White House fingerprints are all over the case, Baker asserted, given the clear alliance between the government and Goldman Sachs, which came to light again during the 2016 presidential elections in the US.

Recalling Clinton's expensive speeches to Goldman Sachs, he concluded that "this kind of thing is borderline criminal.