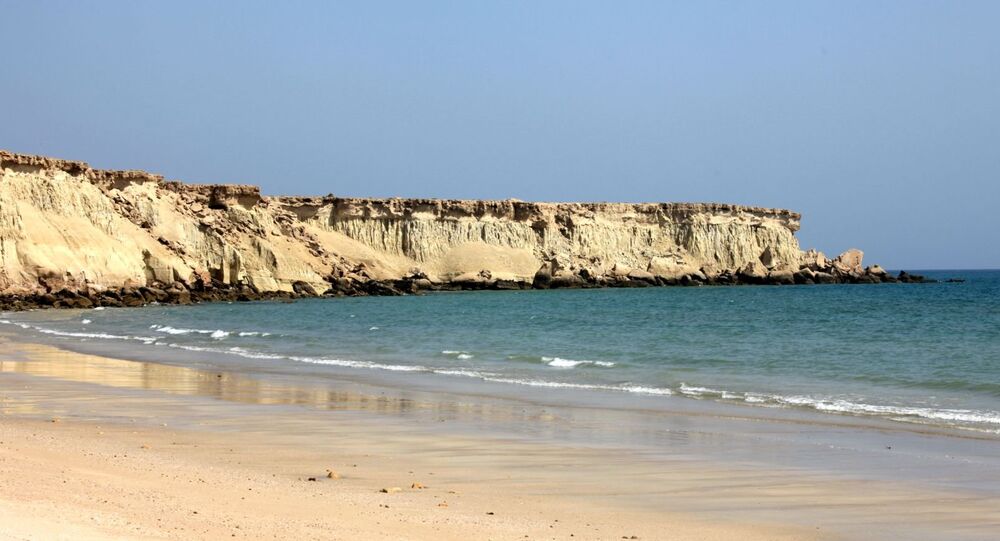 Iran wants to establish a major financial center on Qeshm Island in the Persian Gulf in a bid to attract foreign banks and companies to explore its vast domestic market.

“The aim for this financial center isn’t to look onto Qeshm, but to be a window onto the mainland.” he said by phone. “There is much interest to enter Iran,” Farhad Taghizadeh-Hesary, senior adviser to the Qeshm Investment and Development Company, told Bloomberg.

He added that several Russian and Chinese banks had already shown interest in opening offices on the island in the Strait of Hormuz, a strategic location for international trade where 20 percent of the world's oil passes through annually.

© AFP 2021 / ATTA KENARE
China, Iran to Set Up Oil Export Terminal in the Persian Gulf
Oil is a major source of revenue for Iran, which has been busily rebuilding its economic infrastructure since international sanctions that had been strangling the country’s economy over the past decade were lifted in January.

“We have lots of feasible projects in different sectors that are interesting to foreign investors,” Taghizadeh-Hesary said.

“However, one of the bottlenecks is the lack of access to cheap finance. The financial center can help us access cheap finance,” he added.

The Iranian economy, which has recently been showing clear signs of a rebound, is expected to expand by an additional four percent within the next twelve months.

China, Iran to Set Up Oil Export Terminal in the Persian Gulf