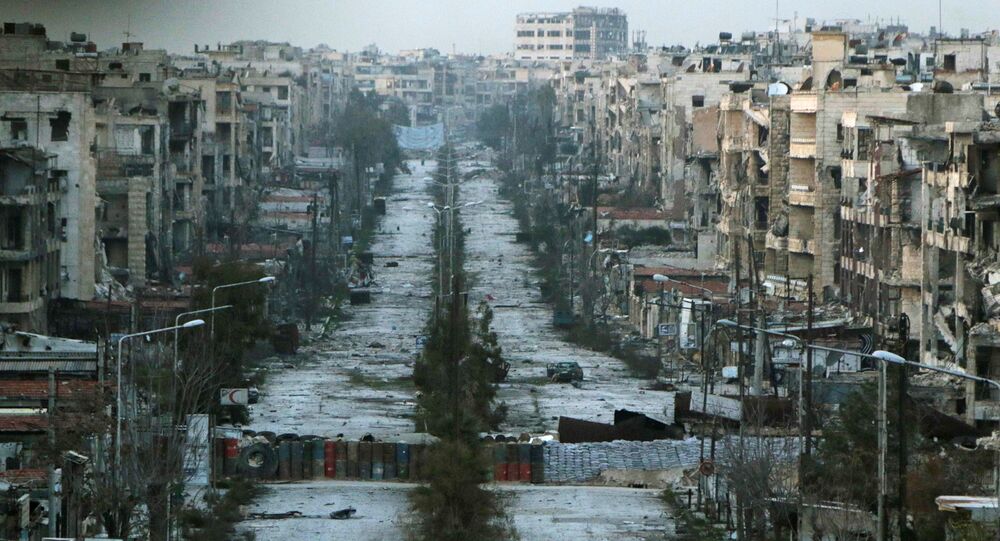 If the Syrian Army liberates Raqqa the next stop will be Aleppo. The liberation of the city would be the beginning of the peaceful settlement in Syria and start dialogue between all parties involved, Syrian political analyst Taleb Zaifa said.

In an interview with the Russian newspaper Izvestia, Zaifa shared his thoughts on the current situation in Syria and possible developments toward peace in the country.

© Sputnik / Mikhail Voskresenskiy
At a Crossroads: Syrian Army Has to Choose Between Raqqa, Aleppo
According to the analyst, the current ceasefire regime established in February has been ignored by terrorists as a possibility to establish political dialogue.

Since late-April, terrorist groups have been carried out massive attacks on several areas, particularly on Aleppo. While the Syrian Army suspended combat actions the terrorists, backed by Saudi Arabia and Turkey, regrouped and reinforced, Zaifa said.

The clashes involved various militant groups, including al-Nusra Front, Jaysh al-Islam, Ahrar ash-Sham, and Jaysh al-Fath. Despite the fact that some of them are considered by the West "moderate," they often join forces with terrorists.

Currently, the Syrian Army is carrying out a large-scale offensive on Raqqa, the de facto capital of Daesh. Terrorists are using the situation to regroup and deploy their forces to Aleppo.

"They understand that if the army liberates Aleppo it then will advance to Raqqa. This is why at the moment terrorists are trying to prepare for upcoming clashes. Moreover, the liberation of Aleppo would open the way for the peaceful settlement and dialogue between those who want peace in Syria," the analyst said.

Zaifa underscored that the so-called Riyadh group backed by Saudi Arabia and the US is not interested in a political resolution to the conflict.
"Aleppo is the last stronghold. It would turn the tide of this war. The key battle will be for Aleppo," he added.

US Presents Proposals to Russia on Reinforcing Syrian Ceasefire in Aleppo