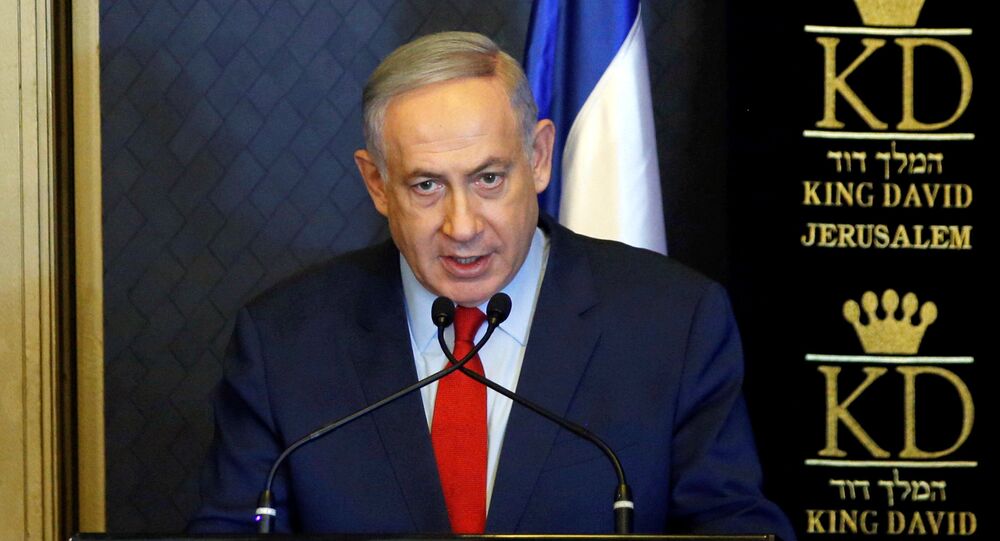 The Israeli Prime Minister caved to hardliners in his own administration in renouncing his support for a peace plan that he initially boasted about.

Only two weeks after lauding the Arab Peace Initiative for its "positive elements" and calling it a basis for "constructive negotiations," Israel’s Prime Minister Benjamin Netanyahu capitulated under pressure from his far-right government, saying on Tuesday that the country would "never accept" the initiative as a basis for peace talks with the Palestinians.

Netanyahu claimed that the deal contained, for him, both positive and negative elements. The "positive" elements, according to the Israeli leader, were the sections in which all Arab nations normalize ties with Israel. The "negative" part was expecting Israel to end its occupations, recognizing the existence of the Palestinian state.

The Israeli Prime Minister stepped away from peace negotiations after the country’s Justice Minister Ayelet Shaked stated, "As long as we are in the government, there will be no Palestinian state, there will be no settlement evacuations and we will not give any land to our enemies."

The UN special coordinator for the Middle East Nikolay Mladenov peace process declared one day later that Justice Minister Shaked was “killing hope” for peace, calling the comments by the official particularly distressing as they came, "a day after encouraging signs by the prime minister."

The influential Justice Minister called for genocide of Israel’s Arab neighbors on July 1, 2014, via Facebook, saying, "the entire Palestinian people are the enemy, including its elderly and its women, it cities and its villages, its property and its infrastructure," and that, "they are all enemy combatants, and their blood shall be on all their heads."

The Israeli official quickly deleted the posting, but only after Turkish President Recep Tayyip Erdogan compared her to Hitler, commenting that "if these words had been said by a Palestinian, the whole world would have denounced it."

Netanyahu faces pressure against coming to terms with the Palestinians from new hardline Defense Minister Avigdor Lieberman, who is on the record suggesting that the country engage in a nuclear strike on Palestinian occupied territories, and has said that he "will not support any peace deal that will allow the return of even one Palestinian refugee to Israel."

The Israeli Prime Minister appears to be a victim of his own hardline cabinet and changing domestic political realities in his country, but that has not stopped rancorous condemnation throughout the world for his sudden about-face on the Arab Peace Initiative, with many viewing it as a move to once again pull the rug out from under constructive discussion.

French Foreign Minister Jean-Marc Ayrault criticized Netanyahu, saying, "I know that I haven’t persuaded you yet, but the train has already left the station," and pledging to continue with the peace initiative regardless of Jerusalem’s objections. Israel now seeks a UN Security Council veto from the US to block the French plan.