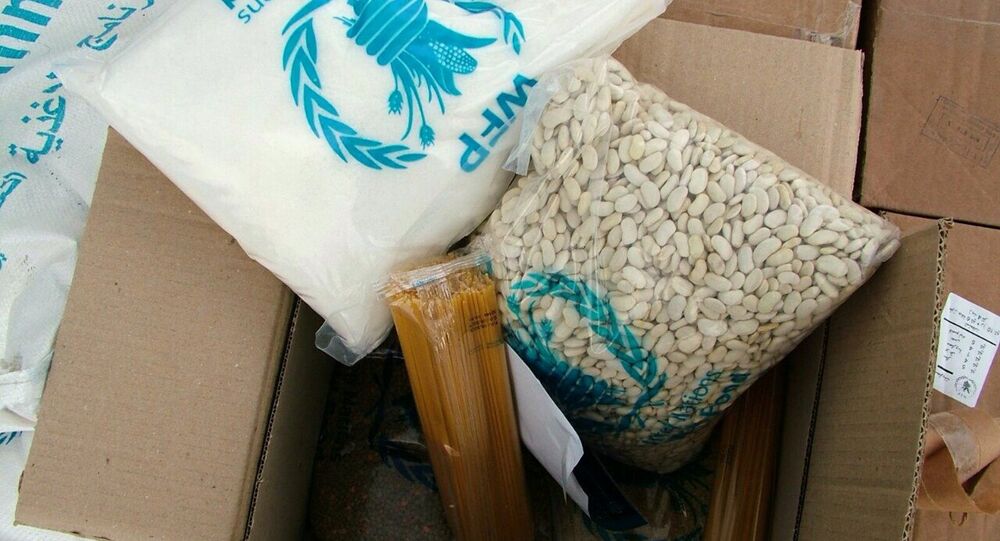 "Today, we delivered five tons of humanitarian aid to the city of Latakia. The products were directed to the people in need, the list of whom has been provided by the prior of St. Andrew Church," Alexander Vladimirov told reporters.

Some 500 local residents received individual food packages, canned fish and meat, flour, pasta and cereals. The children received sweets — waffles, biscuits and sweets, he said. Military doctors have deployed mobile medical center and are ready to provide the necessary medical assistance to all in need.

He added that the humanitarian assistance was received not only by Christians, but also about 100 Muslims.

Syria has been in a state of civil war since 2011, with government forces fighting both moderate opposition and terrorist groups. A US-Russia-brokered ceasefire came into force across Syria on February 27, but it does not apply to terrorist organizations active in the country.

The ceasefire has been generally holding, which improved the humanitarian situation in the country and opened access for aid convoys.