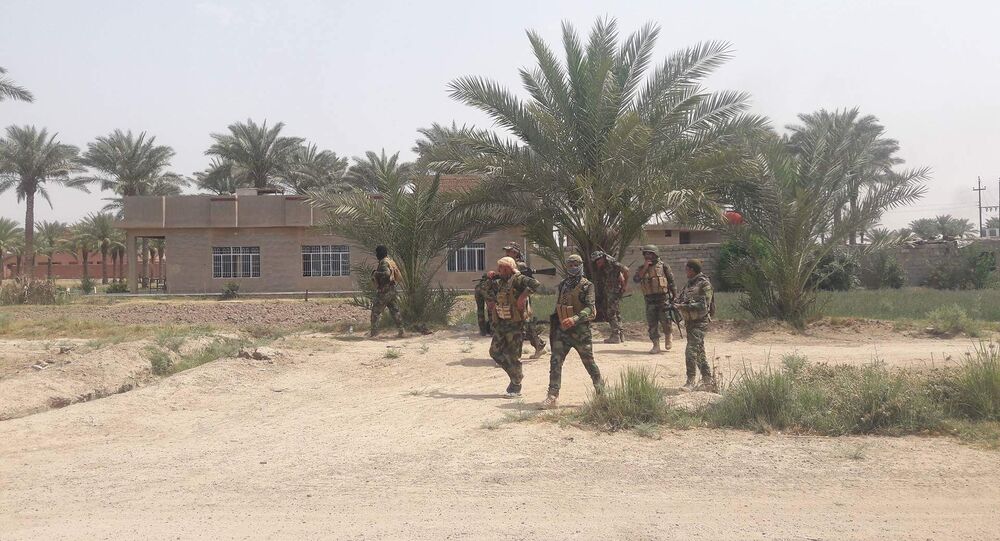 Militants of the Daesh terrorist group have killed at least 30 civilians who were trying to flee the Iraqi city of Fallujah, NBC reports.

MOSCOW (Sputnik) – Most of the 30 people killed by Daesh in Fallujah on Friday were women and children, according to the spokesman.

"ISIS [Daesh] militants told men that if they want to leave the town, so they are free to do that, under one condition, not to take their families with them, and if they tried to do so they would kill them," an Iraqi military spokesman told NBC on Friday.

The Iraqi army and militias, backed by US airstrikes, launched an offensive to retake Fallujah on May 22. The city has been under the control of Daesh since 2014.

Fallujah, located some 42 miles west of the Iraqi capital Baghdad, is one of the largest cities in the Anbar province.

Daesh, outlawed in a range of countries including Russia and the United States, ceased vast areas in Iraq and Syria in 2014, forcing thousands of people to flee their homes. The group is notorious for its human rights atrocities and brutal tactics, such as public beheadings and the stoning of women.