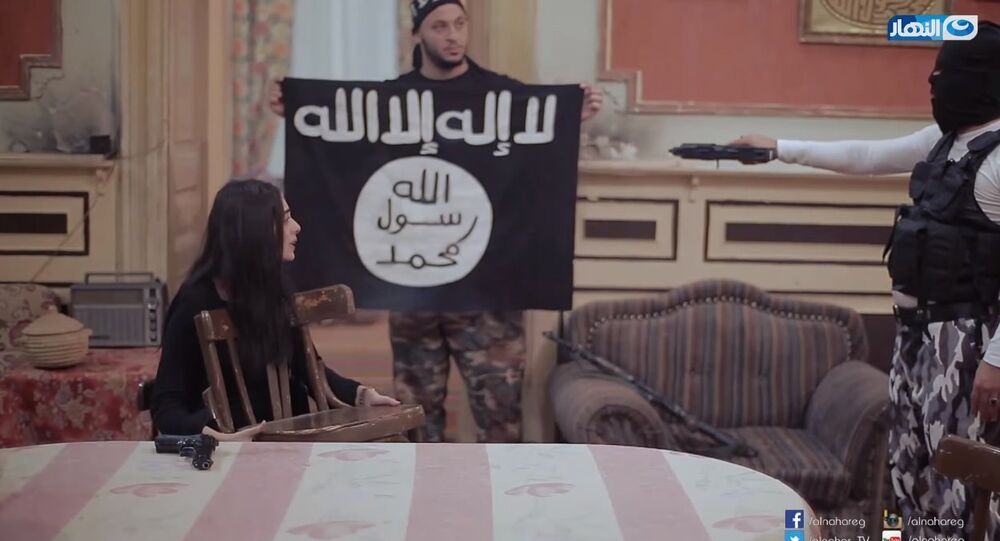 The participants are always unaware of what they’re about to experience: for example, celebrities are often led to believe that they’re about to take part in some sort of a charity event. But in the end, all of them end up in "the lair of Daesh terrorists" which looks frighteningly authentic, just as the actors disguised as the Daesh militants.

In the descriptions provided during some of the episodes, the series’ creators state that it is merely a prank show which prompt its participants to look at their life at a different angle after ending up in "the clutches of terrorists."

Nevertheless, Mustafa Bakri, member of the culture and information committee of the Egyptian parliament, told local media that such shows should not be aired on television, especially during the holy month of Ramadan.

He also added that the show is essentially a powerful advertising tool for Daesh and a serious threat to the national security.