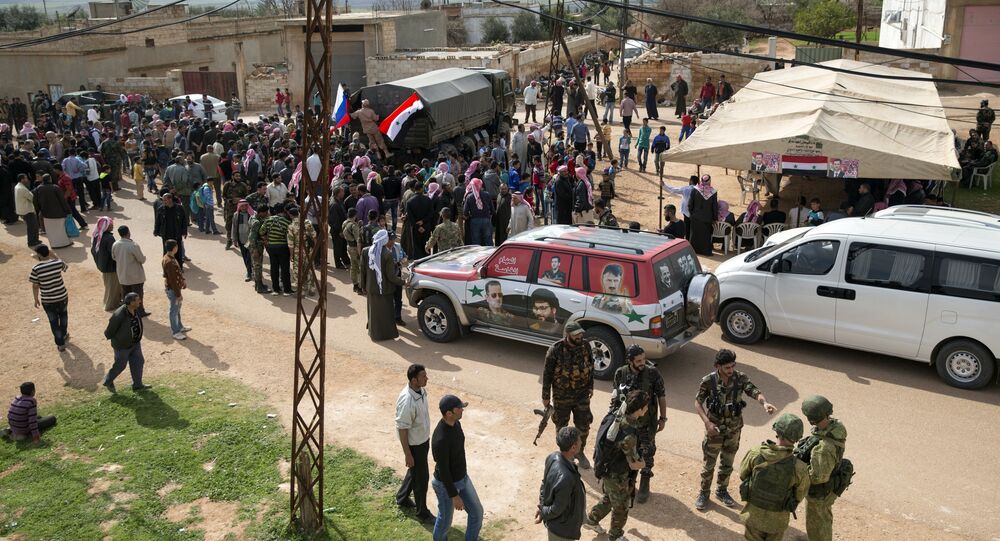 Russian servicemen have delivered 6 metric tons of humanitarian aid to Syrian refugees in the town of Masyaf in Hama province, a spokesman for the Russian center for Syrian reconciliation at the Hmeymim airbase said on Thursday.

"Some 2,000 refugees from Aqrab are accommodated in Masyaf… In total, we have delivered 6 tonnes of food," Col. Sergei Ivanov told reporters, adding that 400 people had received the aid so far.

© AFP 2021 / Delil souleiman
Coming Close to Raqqa: This is How Daesh May Lose Battle for its 'Capital'
The spokesman added that the refugees had handed a list of Aqrab residents kidnapped by the Nusra Front militants to the Russian center for Syrian reconciliation, and the Russian negotiators were working on the Syrians' release.

Muhammad Sheikh Ali, a representative of the Masyaf authorities, thanked Russia for supporting Syria in the fight against international terrorism, as well as for humanitarian assistance.