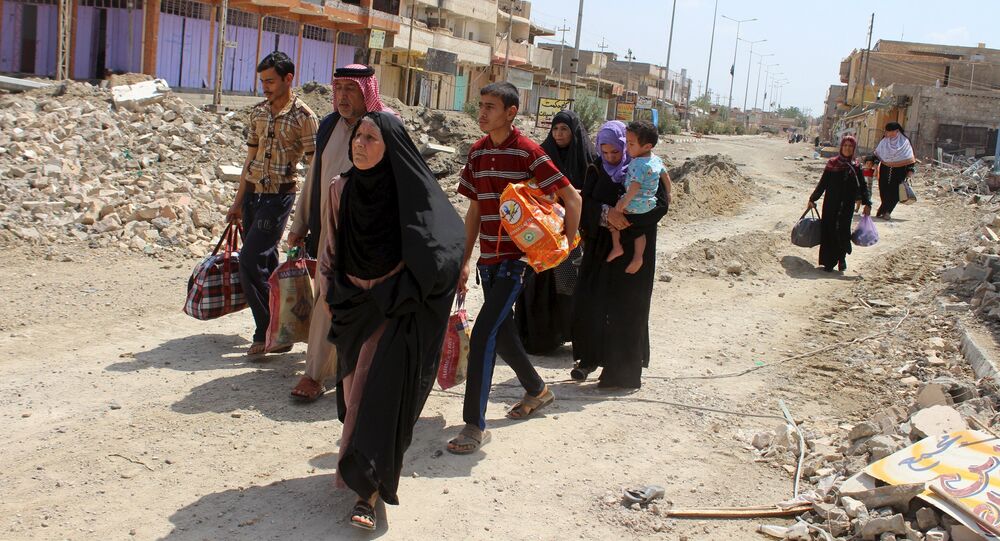 Thousands of Iraqis Flee Homes as Offensive Against Daesh Begins

In an exclusive report, Sputnik informs that 3,000 families are fleeing the Iraqi province of Anbar where the offensive against Daesh is happening right now.

© Flickr / quapan
Daesh Uses Civilians as Human Shields in Besieged Iraqi Fallujah
Since the beginning of the victorious operations by the Iraqi forces for the liberation of the city of Fallujah (60 km northwest of Baghdad), Iraqi citizens have been able to run away from the areas where they had spent years living under a blockade, hunger and terror since  January 2014.

Ismail al-Issawy, a management member of the central hospital in Fallujah, told Sputnik that 1,500 families have fled the city center and about 500 families left Zobaa village, all headed towards the Iraqi Army and local voluntary troops in Anbar province.

He further said that 1,700 people left town of Saqlawia, north of the city of Fallujah, after the area was liberated.

The security forces redirected all males who fled towns to a safe haven for verification and identity confirmation in order to prevent Daesh terrorists from possibly disguising themselves as citizens.

Women and children were taken to a refugee camp in the city of Al- Amiriyah in Anbar province.

The Fight for Fallujah: Another Trap for America?