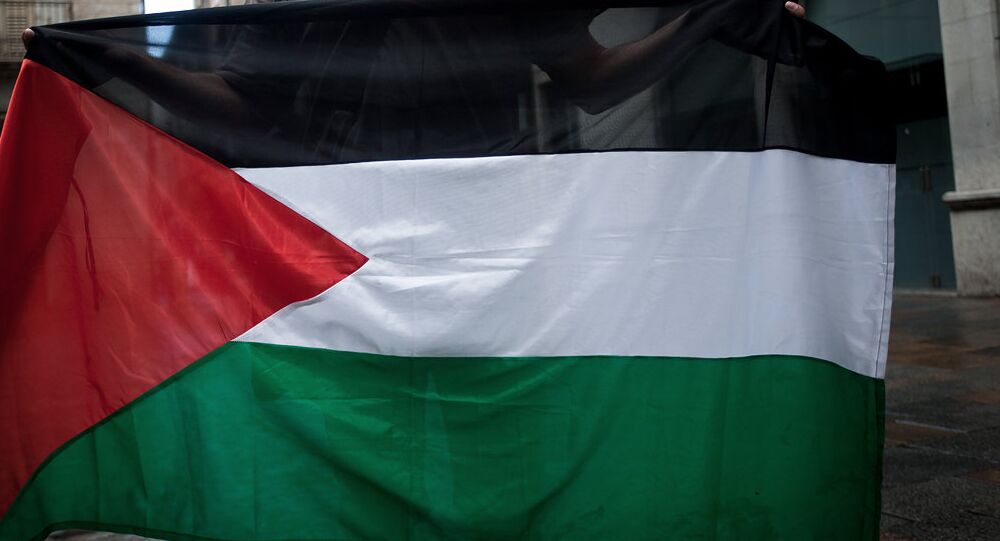 Palestine did not expect any "magic results" from the international meeting on the Israeli-Palestinian settlement in Paris, but thought it could trigger a process to restart the negotiations between the conflicting sides, Palestinian Foreign Minister Riyad Maliki told Sputnik on Wednesday.

MOSCOW (Sputnik) – Last week, the French capital hosted an international conference aimed at the resumption of the stalled Israeli-Palestinian negotiations. The conference's participants assessed the situation that involved possible risks for a two-state solution to the Israeli-Palestinian conflict.

"We didn’t expect that this meeting [in Paris] will do wonders and bring magic results <…> We didn’t expect much and thought that it could be a beginning of the process that will turn to an active mechanism to restart the Israeli-Palestinian negotiations again," Maliki said.

© AFP 2020 / SAUL LOEB
Paris Peace Talks Embolden Status Quo of ‘Incremental Genocide’ in Palestine
The Arab Peace Initiative for resolution of the Israeli-Palestinian crisis is not up for negotiations or alterations, Israel must either accept it or come up with a new proposal, the foreign minister stressed in an interview with Sputnik.

Maliki’s comments came after Israel’s Jerusalem Affairs Minister Zeev Elkin said that the country was interested in rapprochement with the neighbors in the region, but was not ready to implement all the requirements stipulated in the Arab Peace Initiative as some of them cannot be accepted.

"Either Mr. Elkin will take the Arab peace initiative as it is or he needs to offer something else but the Arab Peace Initiative is not for negotiations and is not for alteration and is not for Israeli politician here and there to give his opinion about it. It is an integral offer, either Israel takes it or you leave it," Maliki said.

The Arab Peace Initiative, also known as the Saudi Initiative, is a 10-sentence proposal for an end to the Arab–Israeli conflict that was endorsed by the Arab League in 2002. The initiative offers Israel normalization of relations with the Arab world in return for withdrawal from land occupied in 1967, the recognition of a Palestinian state with its capital in East Jerusalem and a fair solution to the issue of Palestinian refugees.

According to the minister, Palestine considers the approach of direct negotiations with Israel useless and wishes to create an international format to resolve the Middle East crisis, similar to the format used to resolve the Iranian nuclear issue.

"For us, the idea is to forget a direct negotiations that has been proven useless and to move towards a multilateral approach inspired by 5+1 Iran talks, to create a small committee, a group out of 28+2 that will lead the negotiations and will help the parties to overcome differences," Maliki said.

Last week, Paris hosted an international conference of some 28 delegations aimed at the resumption of the stalled Israeli-Palestinian negotiations. The conference's participants assessed the situation that involved possible risks for a two-state solution to the Israeli-Palestinian conflict.