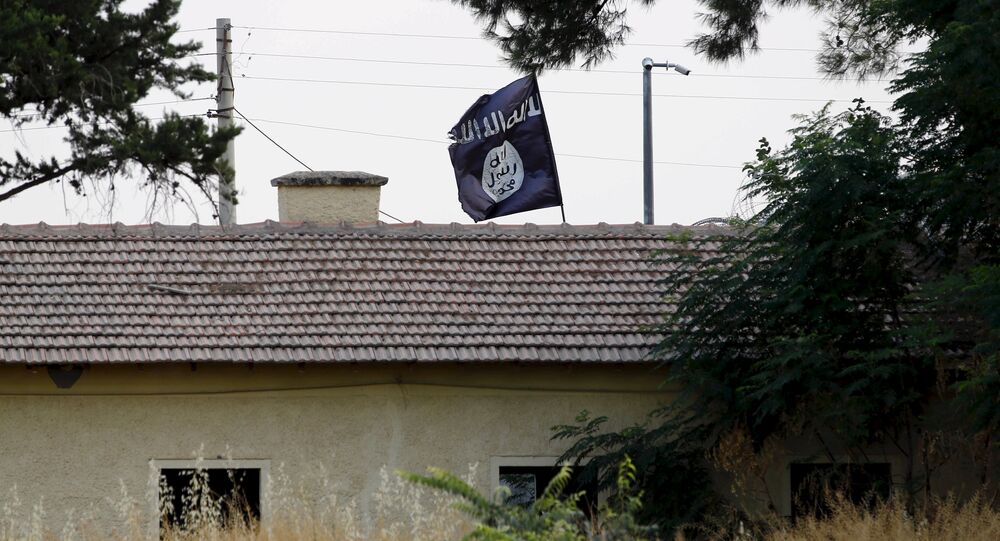 According to the Turkish newspaper Cumhuriyet, the Turkish Security Department on May 21 sent classified secret documents to the municipalities of the provinces of Kilis and Gaziantep informing the authorities about the need to maximize security and scrutiny at border posts.

Such precautions came following the received information about Daesh’s plans to add Kilis and Gaziantep to their ‘caliphate’.

The jihadists are planning to intensify their activities in the provinces in the near future. According to the documents from the office, Daesh militants are regularly firing rockets in the territory of Kilis, so that the local populations leave their homes.

© REUTERS / Ali Hashisho
Dirty Games: Secret Docs Reveal Turkey Turns Blind Eye to Daesh Activities
According to the information provided by the Turkish newspaper, the members of Daesh are waiting at the border now and will be able to freely penetrate the vacated territory and gradually extend its influence after the civilians desert it.

The office further informs about the need to review and strengthen security measures near the border post of Öncüpınar.

“All persons and vehicles coming from Syrian territory must be passed through the border posts. Only after a thorough examination and provision of relevant information by authorized personnel from the service border and customs control,” the notification added.

Earlier last month it was reported that Daesh terrorists managed to seize another four villages located in the northern Syrian province of Aleppo near the Turkish-Syrian border, in a development that came amid violent clashes between jihadists and the Free Syrian Army.

The clashes were followed by a large-scale operation staged by the terrorists, who finally took control of the four villages, including Jarez, Sheikh, and Al-Bel, previously controlled by Free Syrian Army units.