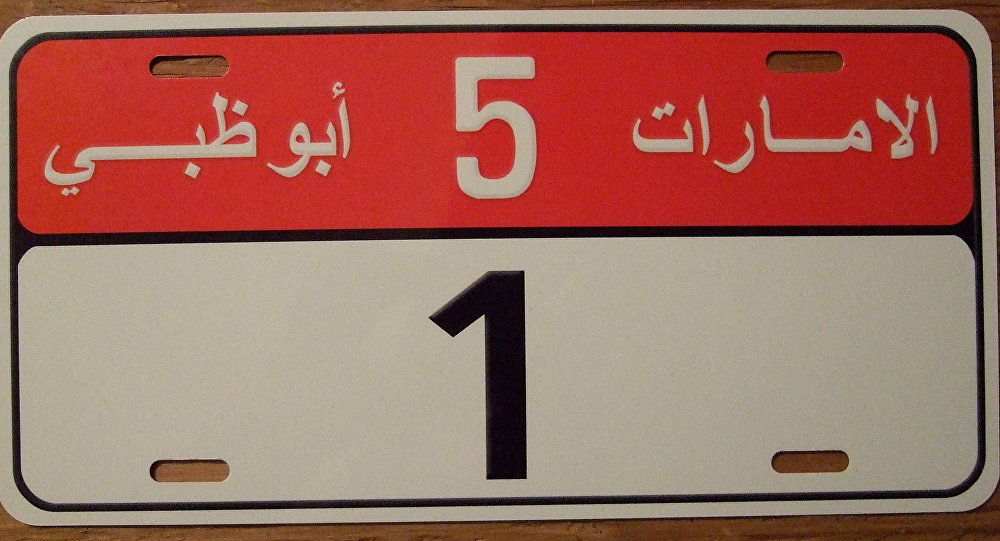 It seems there isn’t much that some of the world's wealthiest won't do to get the edge over each other, with a businessman in the United Arab Emirates (UAE) paying close to US$5 million for a number plate bearing just the number "1".

Emirati Arif Ahmed al-Zarouni paid 18 million Emirati Dirham (US$4.9 million) for the sought after number plate, with the final bid 18 times higher than the reserve price.

"My ambition is always to be number one," al-Zarouni told Gulf News after securing the prestigious number plate at an auction in the third-wealthiest emirate of Sharjah.

"I have no plan to win other numbers," he added.

​The auction was part of a wider sell-off of "distinguished" number plates, which reportedly generated more than US$13.5 million (50 million AED) on the night.

How much would you pay for a number plate?A UAE businessman has just paid AED18m for plate "1" in Sharjah.Hope he also donated to charity..

​​While the US$5 million price tag might seem outrageous, it isn't the most expensive sold in the UAE, with the prized number "1" number plate in the country's richest emirate, Abu Dhabi, selling for US$14.2 million (52.2 million AED) back in 2008.

However, because all seven emirates have their own special number "1" plates, there is a chance the record might be beaten next time one of the prestigious numbers becomes available.

Checkmate: 1,000 Year-Old Chess Set to Go Under the Hammer in Auction