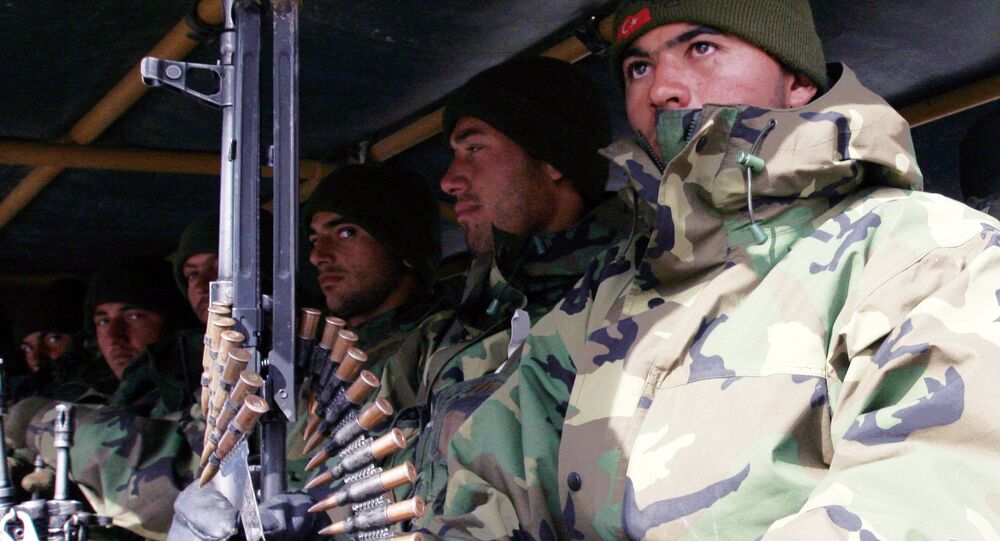 Former US Ambassador to Iraq and Turkey Jim Jeffrey said in an interview with Sputnik said that Turkish troops deployed in Iraq is "a very positive contribution" in Baghdad's efforts to conquer Daesh on its territories.

WASHINGTON (Sputnik) — The Turkish forces deployed to northern Iraq can help in the fight against Daesh (ISIS) despite Baghdad’s concerns over foreign troops on its soil,

"Iraq has many other problems, and the most important is to defeat ISIS [Islamic State]. If the Turks and Turkish trained troops can help, that is a very positive contribution," Jeffrey said on Friday.

© Flickr / poter.simon
Russian Combat Jets Crush Daesh-Controlled Oil Facilities Outside Syria's Raqqa
In December 2015, Turkey deployed more than 150 troops and 25 tanks to the northern Iraqi province of Nineveh. Ankara claimed the troops were intended to protect Turkish forces training local militias in the fight against IS.

On Thursday, Iraqi Ambassador to the United States, Lukman Faily told Sputnik that Baghdad sent an envoy to Ankara last week to demonstrate it is "serious" about the withdrawal of Turkish troops from Iraq.

"It is a minor dispute," Jeffrey said, arguing the Iraqi government’s objections to the Turkish presence were meant to appease Iran’s "surrogates in Baghdad."

The dispute is unlikely to escalate beyond periodic complaints filed by the Iraqi government “for the record,” he added.

© AP Photo / Murat Cetinmuhurdar
US to Keep Close Eye on Iran’s Reaction to Turkish Troops in Iraq
Jeffrey, who served under both Presidents Barack Obama and George W. Bush, acknowledged that the foreign troops "theoretically" pose a threat to Iraq’s sovereignty.

He further noted that Turkey "training Sunni Arab militias without clearance from Baghdad,” is problematic.

In February, Iraq filed an official complaint with the United Nations Security Council over the unauthorized Turkish troop presence. The issue has also been discussed bilaterally between Baghdad and Ankara.