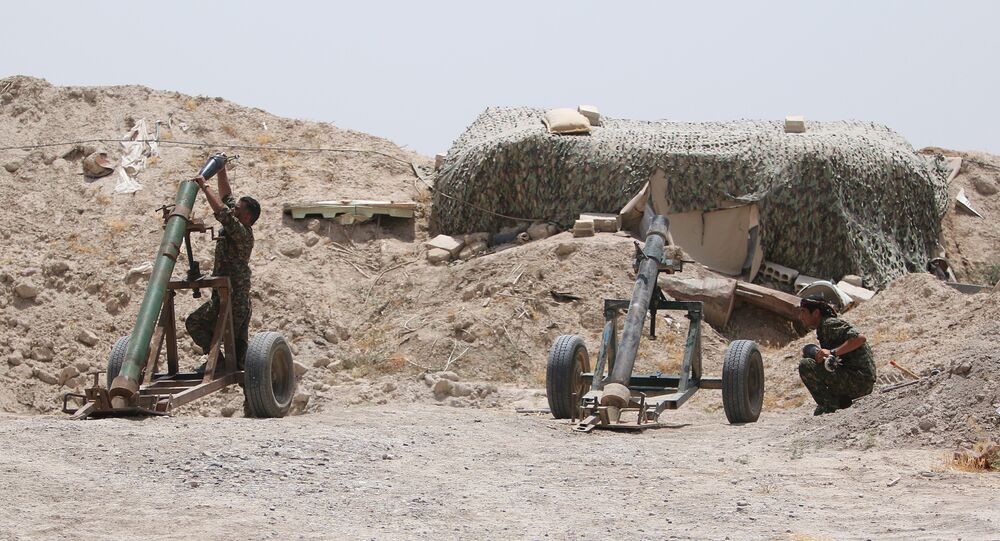 The Syrian army has launched a new offensive against the city of Raqqa, the Daesh extremist group's stronghold, media reported Friday.

© AFP 2021 / DELIL SOULEIMAN
Distorted Reality: Obama Creates Impression in Syria But ‘US Does Not Have Ability to Take Raqqa’
MOSCOW (Sputnik) – According to the Lebanese newspaper Al-Akhbar, the Syrian authorities began the new operation after they rejected a plan to advance toward the city of Deir ez-Zor in northeastern Syria. The primary target of the Syrian army is the city of Tabqa near Raqqa, the daily specified.

The Kurdish-led Syrian Democratic Forces (SDF) also announced the launch of the operation to free Raqqa, the newspaper noted.

The Syrian troops are currently in the Hama province, preparing for an offensive, Al-Akhbar reported.

Syria has been mired in a civil war since 2011, with government forces fighting numerous opposition factions and extremist groups, such as the Daesh.

Raqqa has been under the Daesh control, a designated terror group outlawed in the United States and Russia among many other countries, since 2013.