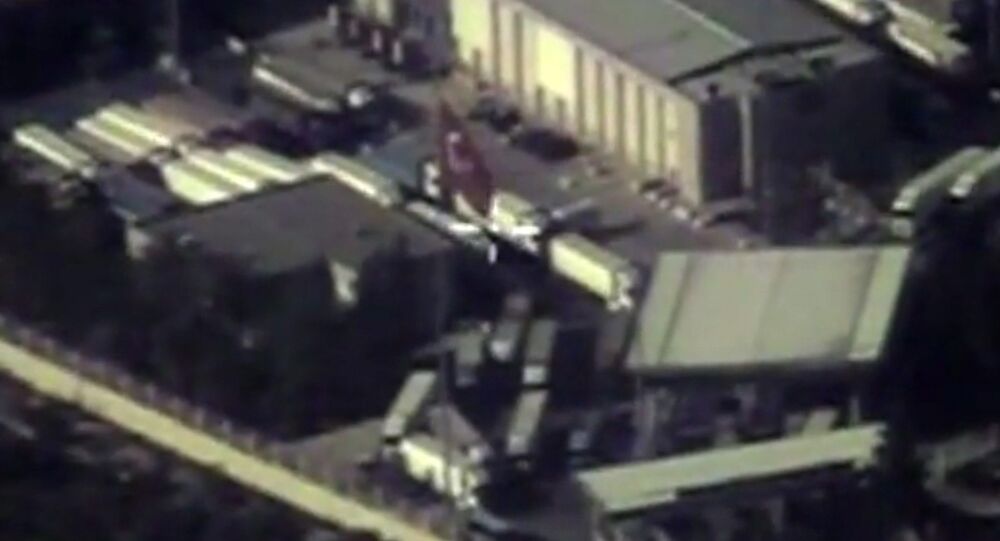 The flow of trucks from the Turkish-Syrian border heading towards the provinces of Aleppo and Idlib in Syria has increased in the past 72 hours, the Russian center for Syrian reconciliation at the Hmeimim airbase said in a daily bulletin posted by the Russian Defense Ministry.

MOSCOW (Sputnik) – "In the past 72 hours, the flow of trucks from the Turkish-Syrian border to the A’zaz settlement in the Aleppo province, as well as to… the Dar-Taaza settlement in Idlib province, where, according to locals’ statements, militants have been arriving in the last few days, has significantly increased," the Thursday statement says.

© AFP 2021 / AMER ALMOHIBANY
Deal Reached on Extension of 'Silence Regime' in Syria's Darayya
According to the reconciliation center, the locals have been reporting an "intense movement" of militants in regions north of the city of Aleppo.

Both Moscow and Damascus have accused Turkey of sponsoring terrorism inside of Syria. In December 2015, Russia presented evidence of Islamic State (IS, also known as Daesh) smuggling oil across the Turkish border.

Overall, the cessation of hostilities regime in Syria has been violated three times in the past 24 hours, according to the Russian military. The violations were registered in Syria’s Damascus province.

Over 40,000 Foreign Terrorists From 100 Countries Fight in Syria