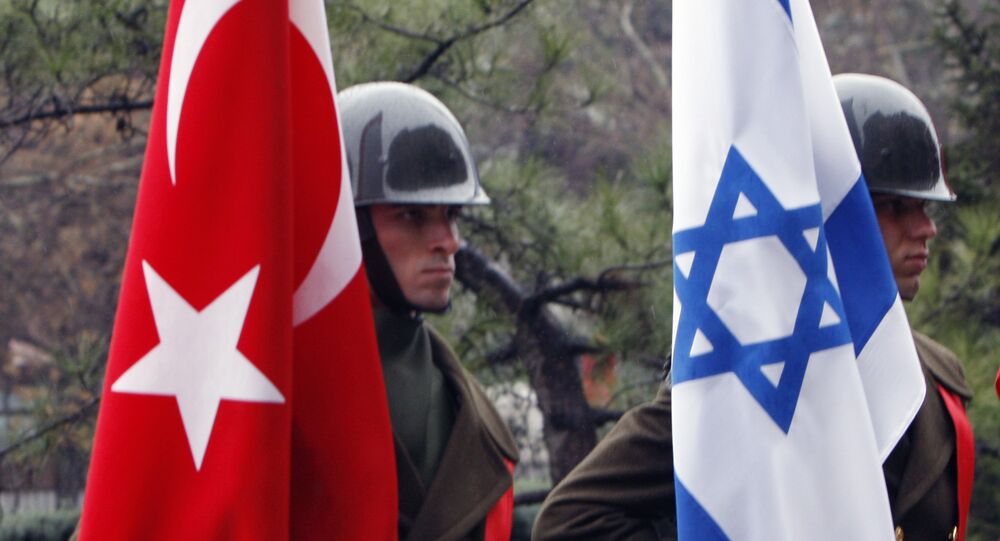 After six times of tensions, Israel and Turkey may finally reach a reconciliation agreement that would boost bilateral cooperation in the spheres of tourism, energy and construction.

"This agreement is significant for Israel from a national security perspective, and its economic significance is far reaching and has ramifications in the spheres of tourism and energy, and has the potential of influencing the construction sector as well… The agreements between us and the Turks are ready in almost all aspects," Gallant said, as quoted by the Jerusalem Post.

© AP Photo / Burhan Ozbilici
Turkey 'Strongly Demonstrates' Thaw With Israel Possible Only if Palestine Issue Settled
According to the minister, Turkish and Israeli officials are expected to meet again next week to try to conclude the final accord. He added that Israel had "many enemies," but did not want more.

Relations between Israel and Turkey deteriorated after the Freedom Flotilla incident in 2010, when a convoy of six ships, including one under Turkey's flag, tried to approach the Gaza Strip with humanitarian aid and activists on board. The flotilla was blocked and stormed by Israeli forces, resulting in eight Turkish citizens being killed.