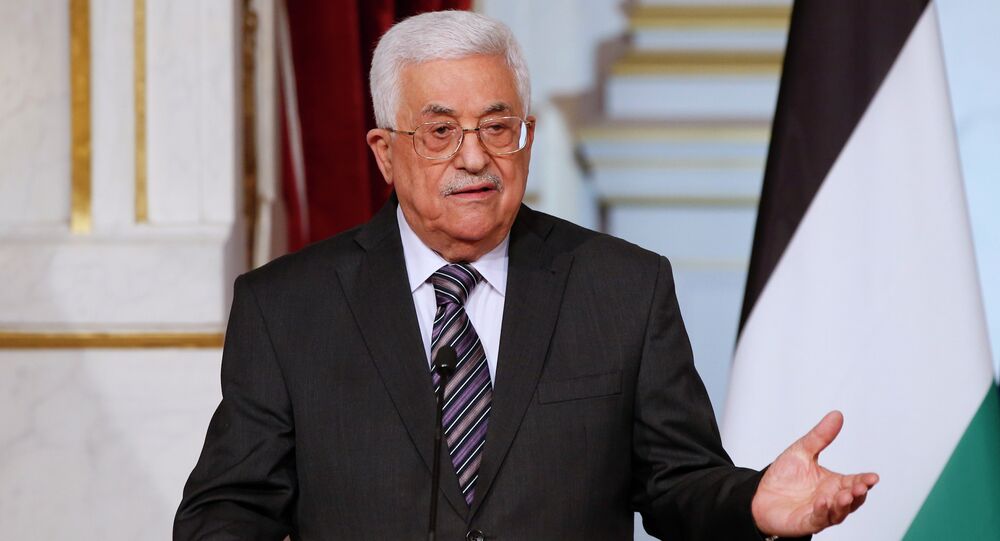 Palestinian leader Mahmoud Abbas is ready to meet the Israeli leadership, including Prime Minister Benjamin Netanyahu, only if the country's authorities drop the idea of building settlements on the occupied lands, Palestinian Ambassador to Russia Abdel Hafiz Nofal said Wednesday.

© Sputnik / Maksim Blinov
Palestine Readying Alternatives to UN Resolution on Israeli Settlement Issue
MOSCOW (Sputnik) — On Monday, leader of the right-wing Yisrael Beytenu (Israel Our Home) party Avigdor Liberman took office as Israel’s Defense Minister and said that he supported the idea of two states for two peoples. On Tuesday, Israeli media reported, citing the Palestinian leader, that Abbas was ready to engage in dialogue with Liberman if the latter supported the two states solution.

"I did not hear the president's [Abbas] statement, but we want peace and we are ready to meet with any Israeli forces that will express seriousness in the peace process. Though, the recognition of the principle of 'the two states' is not the only our condition. The reason explaining, why President Abbas has not yet met Netanyahu, is that we want a clear position over the settlements issue," Nofal told RIA Novosti.

According to the ambassador, if Israel refuses to build settlements on the occupied territories, the Palestinian leadership will agree to continue dialogue.

© REUTERS / Ammar Awad
Israeli Settlers Attempt to Burn Family of Key Arson Witness
Palestinians seek diplomatic recognition for their independent state on the territories of the West Bank, including East Jerusalem, which is partially occupied by Israel, and the Gaza Strip. Israel has been building settlements on the occupied territories despite objection from the United Nations.