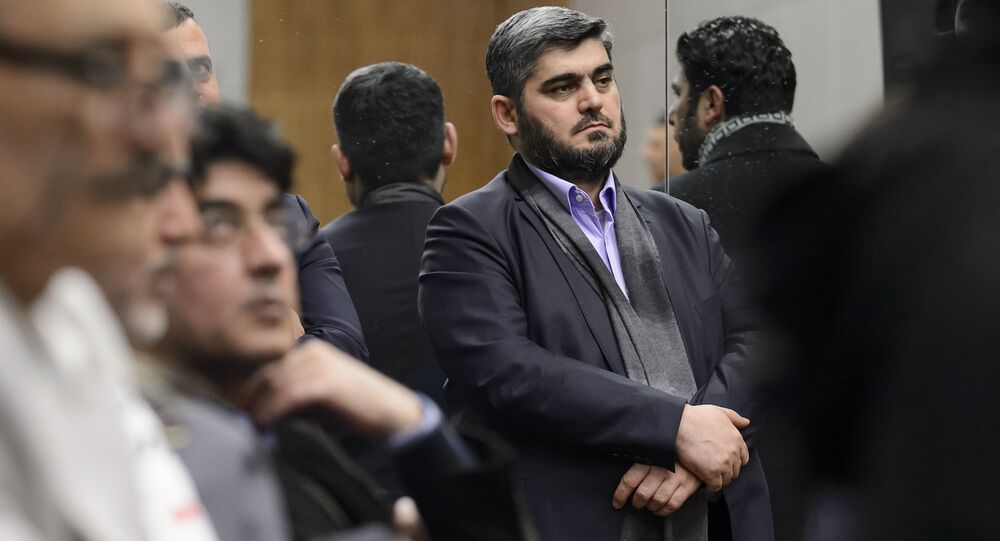 ROME (Sputnik) — On Sunday, Alloush announced his resignation citing the failure of negotiations in Geneva to bring a political settlement in Syria.

"All in all it complicates the whole process, including progress in resuming dialogue between the Syrian sides," Gatilov told journalists.

© AP Photo / Amiri Diwan
Intra-Yemeni Talks Edge Closer to Unity Government - Delegate
According to the Russian official, common approach shared by all opposition groups is a must for negotiation process.

"When opposition is in disarray, represented by several groups in Geneva, talks are hardly efficient," Gatilov said.

The participants of the UN-mediated talks include the government and three opposition groups — the Riyadh-formed HNC, the Moscow-Cairo and the Hmeimim groups — to negotiation table in Geneva. After the latest round of Geneva talks held on April 13-27 the HNC withdrew citing lack of progress and numerous ceasefire violations.

Next Intra-Syrian Talks May Resume Before Ramadan - Italian FM

Next Intra-Syrian Talks May Be Held on June 15