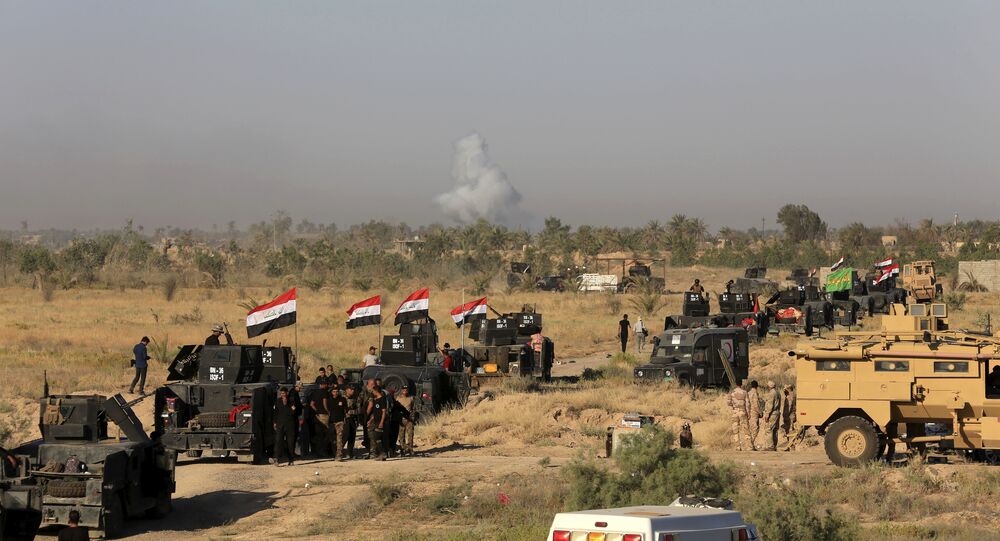 A Shiite militia group uncovered a system of tunnels used by Daesh terrorists near the city of Fallujah in Iraq.

ERBIL (Sputnik) — Shiite militia, fighting Daesh in the Iraqi city of Fallujah, has discovered network of the tunnels used by extremists in the suburbs of the city, the al-Hashd al-Shaabi group told RIA Novosti on Monday.

"Tunnels begin out of city [of Fallujah] and go in the direction of the city center. Terrorists used it to move quickly between their positions," the group said.

Extensive tunnel and cave systems built by Da'ish around #Fallujah. Many discovered by #Iraq's forces so far. pic.twitter.com/i1w7K3Ijfa

​According to the Shiite militia, one of the branched was found near the brickyard used by terrorists as a stronghold.

Da'ish use tunnels/caves to avoid airstrikes + to escape after attacks on #Iraq's forces. This one near Mt. Makhoul: pic.twitter.com/nD4ebf346p

​Since 2014, Iraqi city of Fallujah has been controlled by the Islamic State, a terror group, outlawed in Russia. Before the war, the city was one of the country's biggest with population of 350,000 people.

US Confirms Daesh Commander in Fallujah Killed by Coalition Airstrike