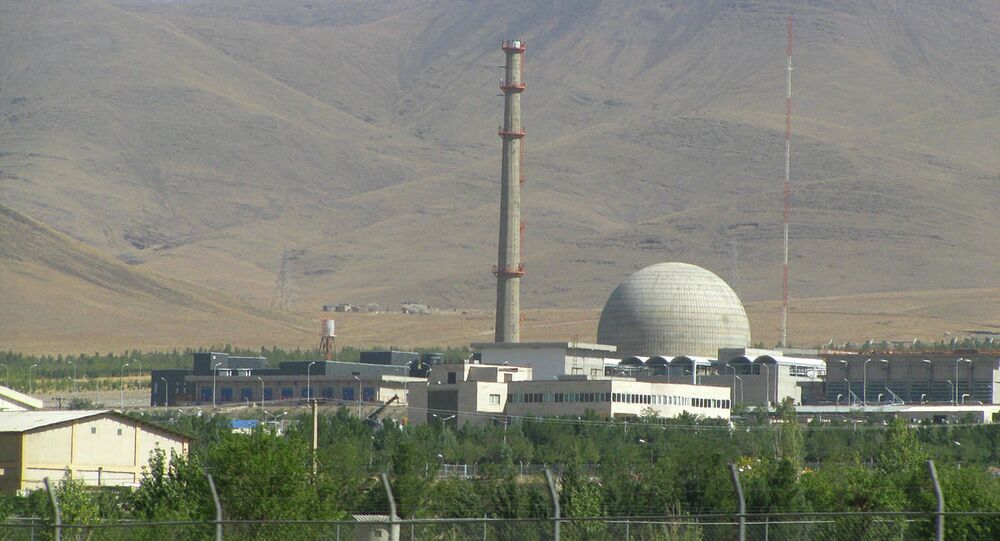 “To date the Americans have bought a significant amount of it [heavy water]. Moreover, Rosatom is thinking and is likely to follow this path,” Voronkov told RIA Novosti in an interview.

© AP Photo / ISNA, Hamid Foroutan
Russia Reviewing Iran's Offer to Sell 40 Tons of Nuclear Heavy Water
According to the nuclear deal agreed last year, Iran must store no more than 130 tons of heavy water during the first year after signing the agreement.

A new report from the International Atomic Energy Agency (IAEA) indicating Iran's compliance with the Joint Comprehensive Plan of Action (JCPOA) is a sign of the efficiency of the document agreed last year, Voronkov said.

He said that the upcoming meeting of the IAEA Board of Governors on June 6-10 would discuss the report issued last week. Voronkov noted that the paper proves that Iran is successfully advancing on its implementation of the nuclear deal.

“In other words, we expect a usual conclusion with the same assessments as were presented in the first report that the JCPOA is being implemented normally. That is very good. This is an indication that the document agreed last summer is absolutely efficient,” Voronkov told RIA Novosti in an interview.

In July, Iran and six world powers, including the United States and Russia, signed the JCPOA agreement whereby Tehran agreed to dismantle aspects of its nuclear program to ensure it is used for peaceful purposes in exchange for sanctions relief.

IAEA Most Suitable Platform to Discuss Protection of Nuclear Materials