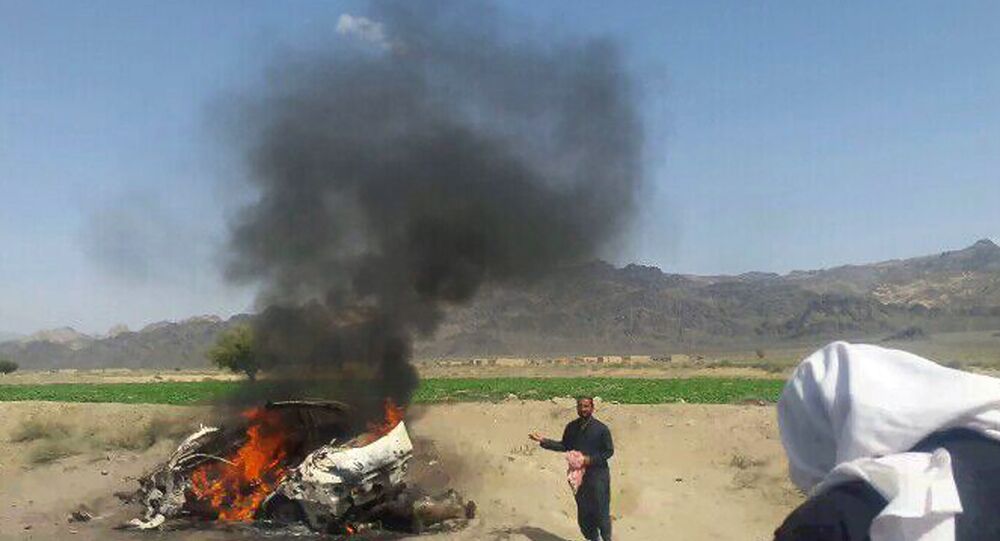 DNA analysis of the remains of the person killed in the US airstrike confirmed that the remains belonged to the former leader of the Taliban movement Mullah Akhtar Mansour, Pakistani media reported.

NEW DELHI (Sputnik) — On May 21, a US drone strike in Pakistan’s Balochistan province near the Afghan border killed Mullah Akhtar Mansour. Despite the confirmation of US President Barack Obama and Taliban itself, there were doubts about the identity of the killed man.

The SAMAA TV broadcaster reported Sunday, citing the statement of the Pakistani Interior Ministry that the DNA test confirmed the identity of the person.

According to the broadcaster, a DNA sample collected from the corpse of a the person killed in the drone strike coincided with the DNA of Mansour's close relative.

Mansour has been Taliban's top commander since the death confirmation of the group's longtime leader Mullah Mohammad Omar in July 2015.

The Taliban: Beheaded, but Ready to Hit Back

Taliban Leader Not to Improve Prospects of Reconciliation in Afghanistan

Obama Hopes Taliban Comes to Negotiating Table, But Not His Holding Breath