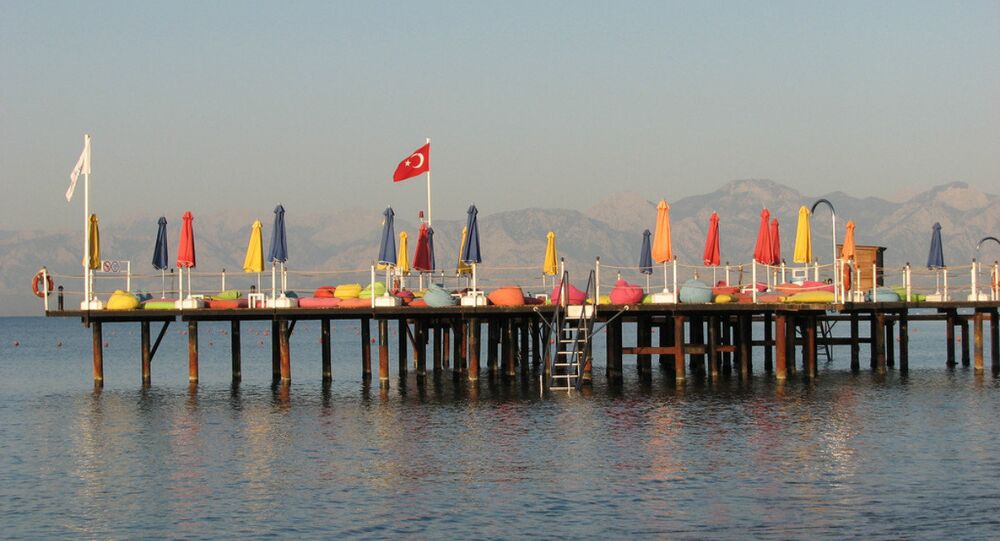 Tourist Flow to Turkey Dropped by 16% Over Past 4 Months

1.75 million tourists arrived to Turkey in April 2016 which is 28 percent less than in a year ago, according to the Turkish Culture and Tourism Ministry.

© REUTERS / Murad Sezer
Do Svidaniya: Number of Russian Tourists in Turkey Drops 10-Fold in 2016 From Last Year
MOSCOW (Sputnik) — The flow of foreign tourists to Turkey declined by 16 percent over the past four months, the Turkish Culture and Tourism Ministry said on Friday.

Just 1.75 million tourists arrived to Turkey in April 2016 which is 28 percent less than in a year ago, according to the ministry.

A split between Moscow and Ankara over the downing of a Russian warplane by a Turkish fighter jet over Syria last November led to the cancellation of charter flights between the countries.