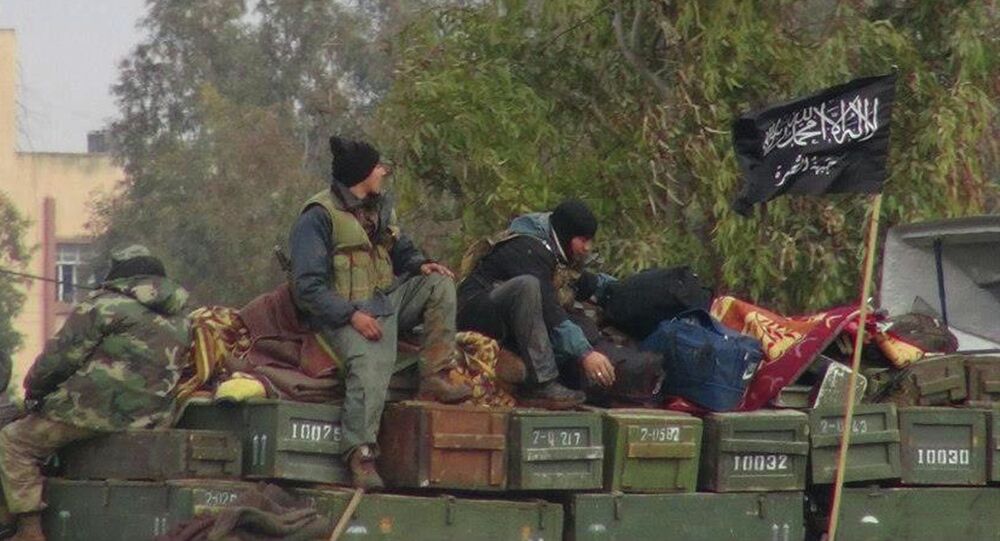 Head of the Russian General Staff told journalists that trucks carrying weapons for the al-Nusra Front cross from Turkey into Syria daily. This allows the terrorist group to continue attacking local targets.

© REUTERS / Maxim Shemetov
Russia Increases Strikes on Illegal Oil Production Sites, Transport Routes in Syria
Lt. Gen. Sergey Rudskoy said in his press briefing on Friday that weapons and ammunitions are continuously being delivered to the al-Nusra Front terrorists in Syria, allowing them to engage Syrian government forces and hindering the fight against Daesh in the country.

© Sputnik / Maxim Blinov
Syrian Armed Groups Urge Russia to Halt Strikes Until Al-Nusra Front Routed
So far, according to Rudskoy, the US has refused to conduct joint operations against terrorist groups in Syria, which has led to an escalation of the conflict.