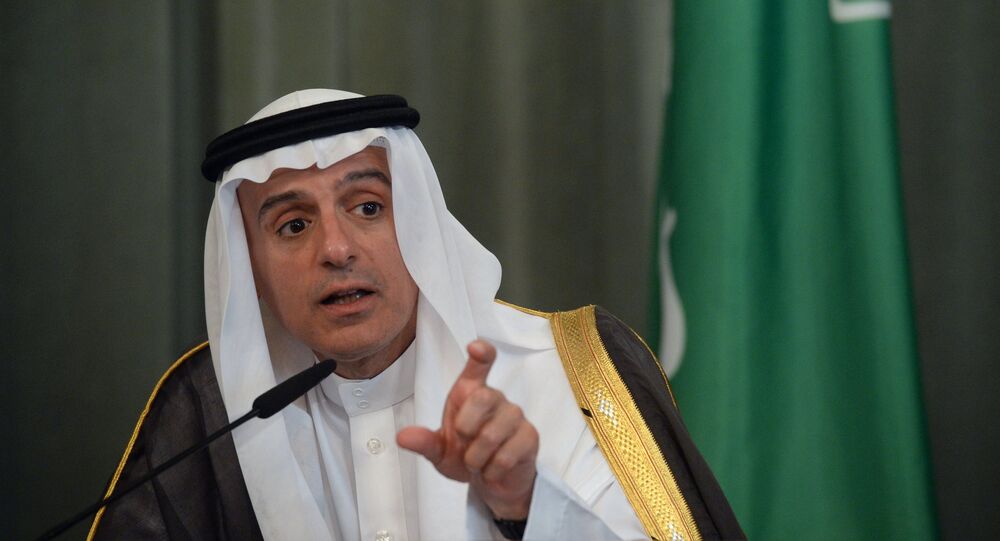 Saudi Foreign Minister Adel Jubeir stated that only the Riyadh-formed High Negotiations Committee (HNC) can act as a legitimate representative of the Syrian people at the intra-Syrian negotiations.

Saudi Foreign Minister Adel Jubeir, who is in Moscow for a strategic Russia-Arab Gulf dialogue, said Riyadh and Moscow differed in their views of who Syrians should send to Switzerland for peace talks.

"We… believe that only the Riyadh group can act as a legitimate representative of the Syrian people at the negotiations. In its turn, Russia thinks that other Syrian groups that want to partake in the talks should be allowed to attend," Jubeir said.

© REUTERS / Denis Balibouse
Syria’s HNC Opposition Members Convene for Meeting in Riyadh
Russia has been calling on the United Nations to invite Syrian Kurds to the proximity talks. Moscow also supports a domestic Syrian opposition group based in Hmeymim, in the western Latakia province.

The latest round of intra-Syrian negotiations took place in Geneva on April 13-27. The HNC walked out of the talks citing continuous fighting in Syria and lack of progress on humanitarian issues. UN Special Envoy for Syria Staffan de Mistura said a new round of talks could be called after the holy month of Ramadan ends on July 5.