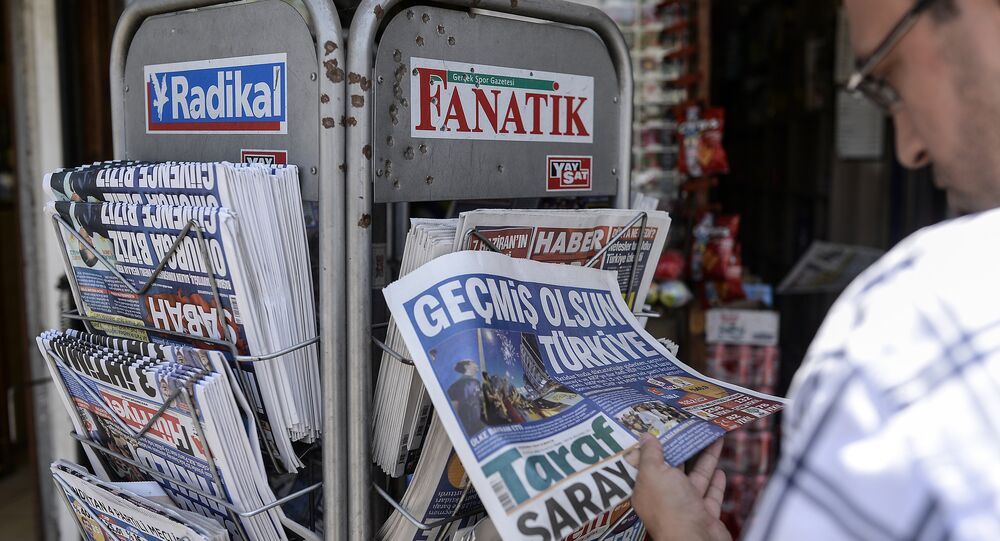 The Turkish justice ministry has begun criminal proceedings against independent journalist Mustafa Yenigun, charging him with 'insulting the state'. The state moved to prosecute Yenigun for his criticism of a government-supported Black Sea investment project. The journalist spoke to Sputnik about the 'unprecedented' pressures facing Turkish media.

Last July, Yenigun, a journalist and news anchorman for Turkey's independent television channel Flash TV, criticized the so-called 'Green Road' project, an infrastructure project aimed at linking local highlands and tourist areas in eight Turkish Black Sea provinces. The journalist criticized the initiative and said that it was "harmful to the environment and the people of the region," and faces criminal charges as a result.

Speaking to Sputnik Turkey, the journalist commented on the case against him, and the situation faced by independent Turkish media as a whole.

Yenigun emphasized that "more than anything," he "was surprised and disappointed that the decision to initiate legal proceedings was made with the personal approval of the justice minister. This means that the minister thought it appropriate to initiate an investigation regarding my freedom of expression, which is enshrined in the Constitution."

© AFP 2020 / Yasin Bulbul/Presidential Press Service
'One Man State': Why Erdogan Can Continue to Twist EU’s Arm With Impunity
In other words, the journalist noted, the minister thought it correct "not only to start an investigation, but to convict me, if necessary, for my use of this right."

Commenting on the media situation in Turkey today, Yenigun explained that "structural problems often distract the media's management from their direct duties to the public. As a rule, the heads of major media companies tend to maintain close contacts with certain political forces, and they receive significant dividends from this interaction. In return, these political forces shape the editorial policy of much of the media at their own discretion."

"Accordingly," the journalist noted, "all the members of the press who do not enter into such contacts automatically fall under the category of 'opposition' and are taken under strict control. These media face severe pressures from pro-government press organs, who accuse them of every mortal sin imaginable."

"Overall," Yenigun said, the media in Turkey today "faces unprecedented pressures 'from above'. Never before have we faced anything like this."

Turkish Female Journalist: ‘Court Deprived Me of My Parental Rights’