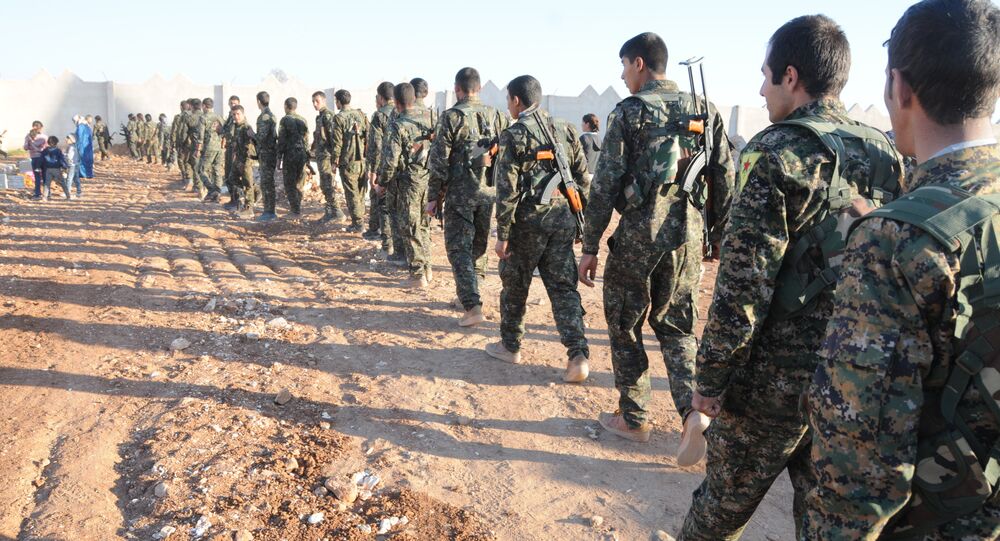 The Syrian Democratic Forces (SDF) alliance has managed to take over a strategically important village near Raqqa during a liberation operation from Daesh terrorist group.

© Sputnik / Dmitriy Vinogradov
Daesh Propaganda Fail: Moscow Slams 'Fake' Reports of Attack on Syria Base
MOSCOW (Sputnik) — The Syrian Democratic Forces (SDF) alliance has managed to take over a strategically important village near Raqqa as part of an operation to liberate the Syrian city from the Daesh, Tackir Kobani, a SDF representative, told Sputnik Turkiye on Wednesday.

On Tuesday, the Kurdish-led forces with the assistance from a US-led international coalition launched an offensive to free the northern part of the Syrian Raqqa province from the jihadist group outlawed in the United States and Russia.

"Several villages were liberated from Daesh. We also managed to take control of a large settlement Kirtaca, located in the vicinity of Raqqa," Kobani said in an interview.

The representative added that aircraft of the US-led coalition were targeting militants from air, while the SDF has been striking positions of jihadists using heavy weapons.

Fierce clashes with the Islamic State are currently underway in the Syrian village of Tilsemer, according to Kobani.

Raqqa has been under control of IS militants since 2013.

A Friend in Need: Iran Sending Hundred Military Advisors to Syria and Iraq