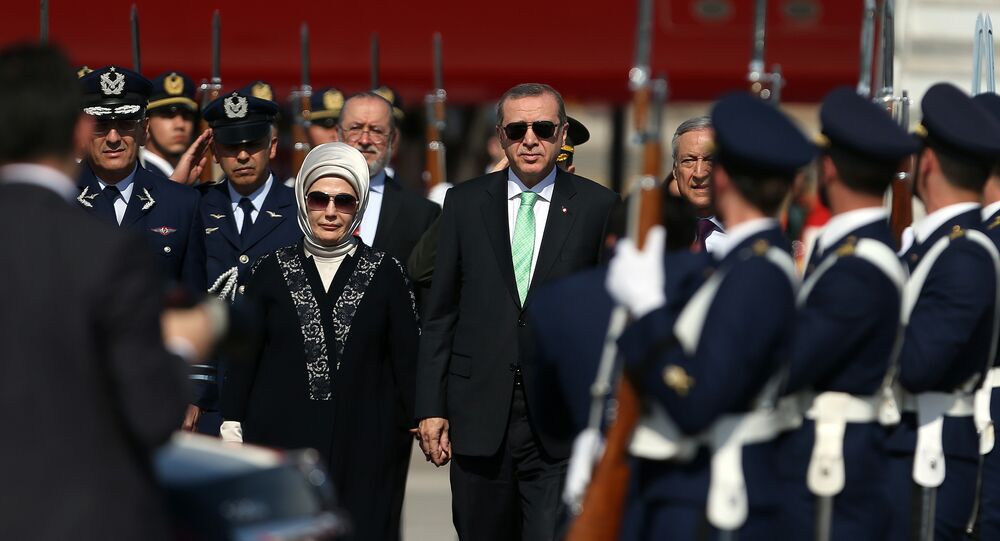 The Turkish president is set to seize full control of the country’s executive, legislative, and judicial branches -- and Turkey’s new Prime Minister has pledged to help.

On Sunday, Turkish President Recep Tayyip Erdogan officially accepted the resignation of Prime Minister Ahmet Davutoglu, following repeated disagreements between the leaders over parliamentary candidates for their ruling Justice and Development Party, delegation of authority, and Erdogan’s employment of a ‘military-only solution’ to combat the opposition Kurdistan Workers Party (PKK).

The new PM has already announced that his "top priority" is expanding Erdogan’s constitutional authorities. Yildirim’s statement, likely one predicated upon survival, comes days after Erdogan successfully advanced a constitutional amendment stripping many parliamentarians of their immunity from prosecution.

Importantly, the country’s constitution has previously vested the prime minister with most of the government’s power, with the presidency historically considered a figurehead position. However, Erdogan, since coming into office, has fought for reforms that would give the Turkish president near-dictatorial power.

Former Prime Minister Davutoglu, a well-established politician, refused to remake the country’s constitution, claiming it would be against the will of the people and an abdication of his powers for the sake of a president who seeks so be the sultan of a new Ottoman Empire.

President Erdogan has directly announced his intention to selectively prosecute opposition members in a bid to consolidate power. "My people do not want to see guilty lawmakers in this Parliament, especially the supporters of the separatist terrorist organization," said the Turkish president, regarding overt or tacit support of any kind for the PKK.

The pro-Kurdish HDP Party, Erdogan’s primary political opposition, has the third-largest representation in the Turkish Parliament, and holds 59 seats. Every HDP-affiliated lawmaker now faces prosecution for any number of capricious charges, including terrorism. Not only will the opposition face ouster from the Parliament, but potentially long-term imprisonment and even torture.

Calling it the end of Turkish democracy, HDP Party leaders have decried Davutoglu’s resignation, as well as the constitutional amendment stripping away prosecutorial immunity.

"This coup would be a most crucial step for Erdogan to replace Turkey’s parliamentary democracy, which he has twice declared 'de facto over,' with an absolutist presidential system in which the legislative, executive and judiciary powers are virtually monopolized by the president himself," said the HDP Party chairmen in a letter. The political opposition faction also accused the Turkish leader of being "in an organic relationship with Daesh."

The embattled Turkish president has repeatedly faced international condemnation for his repeated crackdowns against opposition and journalists, alongside with his administration’s continued practice of buying oil from and funneling armaments to Daesh. With all official organs of the state set to be consolidated under the command of the increasingly paranoid Erdogan, the country fantastically has stated its intention to accede to the EU in the next year.

"Turkey joining the EU is not remotely in the cards and at the current rate of progress it would be decades, literally decades, before this even had a prospect of happening and even at that stage, we would be able to say no," said Cameron on Sunday. "In fact, at the current rate of progress they will probably get around to joining in about the year 3000, according to the latest forecasts."