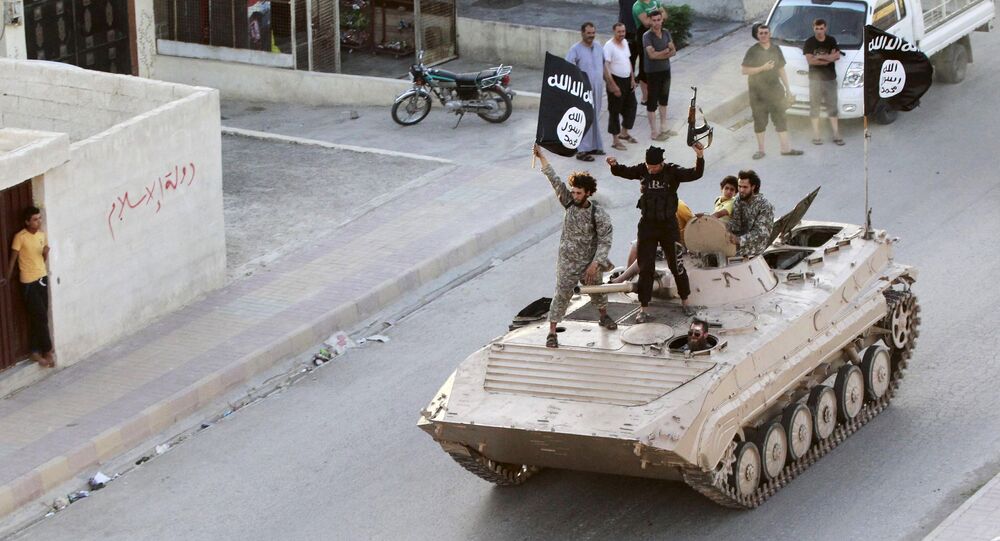 Daesh terrorists have forbidden Raqqa residents from leaving the militants’ self-declared capital in Syria and have started evacuating their own families.

A spokesperson of the Kurdish-led Syrian Democratic Forces (SDF) told Sputnik Turkey on Friday that Kurds were planning to launch an offensive on Raqqa in the coming days.

Daesh, a radical Sunni group that has seized vast areas in Iraq and Syria, took control of the Syrian city of Raqqa in 2013.

Syria has been mired in civil war since 2011, with government forces loyal to Syrian President Bashar Assad fighting numerous opposition factions and extremist groups, including Daesh, which is banned in range of countries including Russia.

A US-Russia-brokered ceasefire agreement came into force across Syria on February 27. The deal does not apply to terrorist groups such as Daesh.