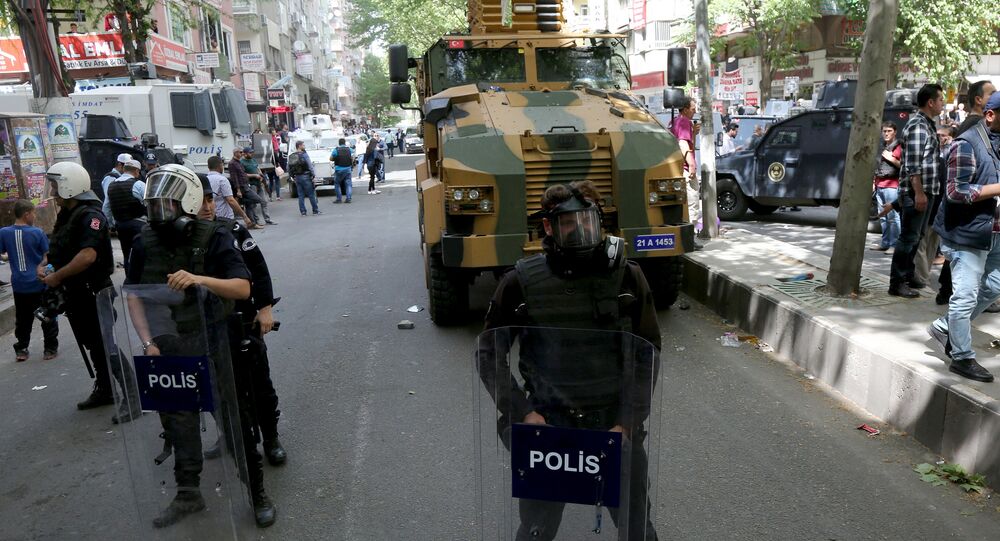 German weapons supplied to Turkey are used by the country in its fight against Kurds.

ANKARA (Sputnik) — The weapons that Germany sells to Turkey are used in Ankara’s military campaign against the Kurds in the southeast of the country, lawmaker from Germany’s Left Party Sevim Dagdelen told Sputnik Turkey.

"Most of the weapons used in Ankara’s operation in southeastern Turkey come from Germany … These weapons are used against the Kurds, but Germany simply turns a blind eye to this," Dagdelen said in the interview.

According to the lawmaker, Europe "bows the head in front of Erdogan's dictatorship" in fears that Turkey might back out of its migrant deal with the European Union.

"This will last until the number of refugees [trying to reach Europe] decreases," Dagdelen said.

© AFP 2020 / JOEL SAGET
Russia to Strive for Inclusion of Kurds in Intra-Syrian Talks
Turkish government launched a military campaign against the Kurdistan Workers’ Party (PKK) militants, considered to be terrorists by Ankara, in mid-2015. Turkish President Recep Tayyip Erdogan alleges over 5,000 Kurdish insurgents have been killed in the campaign since mid-December, a figure that pro-Kurdish officials contend includes hundreds of civilians.

The EU-Turkey migrant deal stipulates sending all irregular migrants coming ashore in Greece back to Turkey in a bid to stem the migrant inflow to the bloc. In return, Ankara was promised political concessions and relocation of Syrian refugees from its border refugee camps.