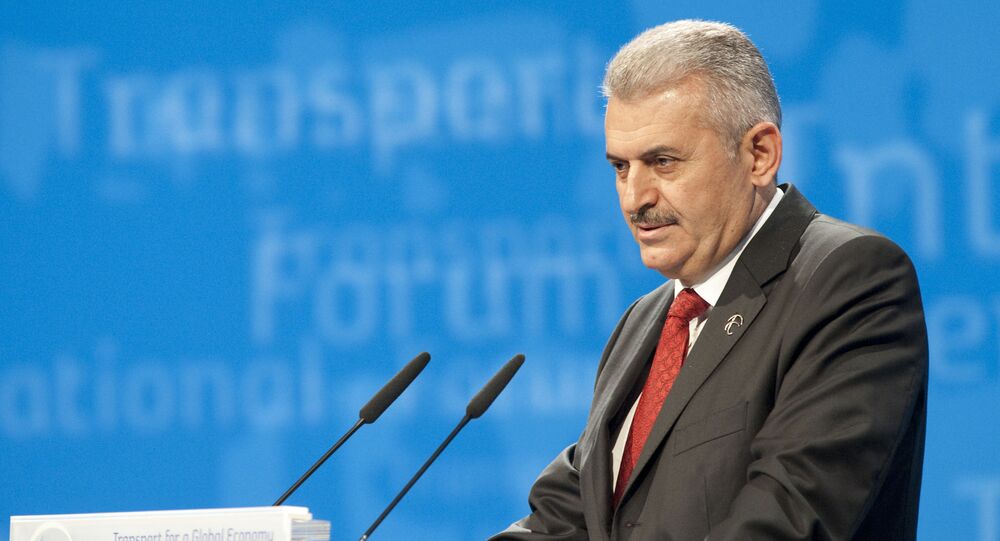 "We will work in total harmony with all our party comrades at all levels, beginning with our founding president and leader," Yirdim said after his appointment.

The move is widely viewed as Erdogan tightening his grip on Turkey as he seeks to convert the country to a presidential republic. Yirdim is known to be one of Erdogan's closest allies, and shares with the increasingly dictatorial leader a hard line toward the Kurdistan Workers' Party (PKK), who have claimed responsibility for several attacks in the country.

Yildirim vowed Thursday to "rid Turkey of the calamity of terrorism" during his visit to the Kurdish city of Diyarbakir in the southeast, noting that his administration "will do what it takes to achieve it."

According to Fuat Keyman, head of the Istanbul Policy Center think tank, "the post of prime minister will have changed its meaning."

"The president will become the head of the executive. The Prime Minister will become a functional cog," Keyman said.

As PM, Yirdim will be responsible for altering the country's constitution from that of a parliamentary to a presidential republic, as well as negotiating the ongoing EU-Turkey visa deal.

The deal, if successful, would enable Turkish citizens visa-free travel to Europe in exchange for Ankara's taking certain steps to mitigate the number of Syrian refugees attempting to reach Europe.

Yirdim served as Turkey's transport minister between 2002 and 2013, later returning to the post in 2015.

Erdogan vs Davutoglu: Which Turk Will Win the West