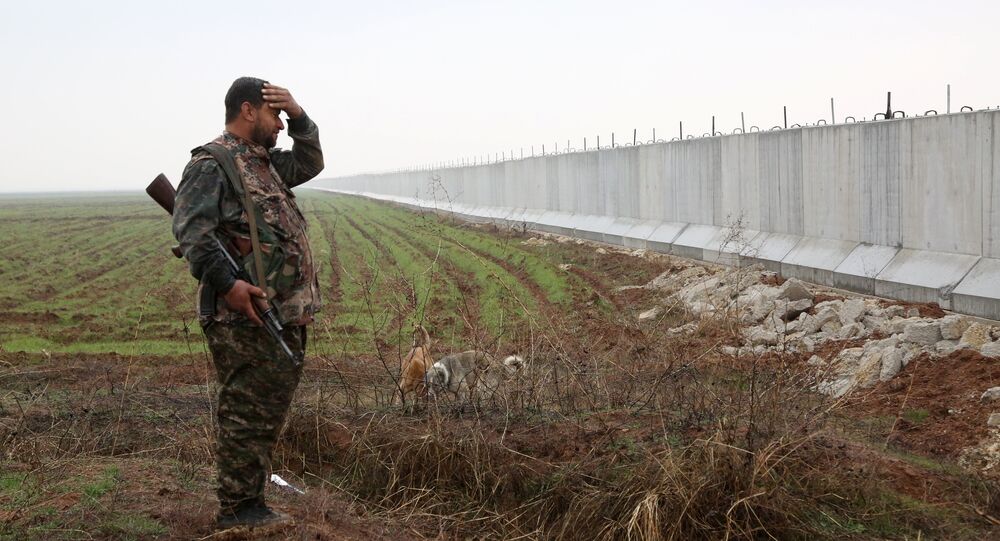 NATO Secretary General Jens Stoltenberg expressed on Wednesday the alliance's concern over the situation along the Syrian-Turkish border on Wednesday.

BRUSSELS (Sputnik) — According to the NATO chief, the issue is on top of the agenda of the upcoming foreign ministerial meeting of the military bloc on May 19-20.

"The situation along the border between Turkey and Syria will be discussed, and of course we are concerned because we have seen several attacks and we have seen also a high number of civilian casualties, innocent people being killed," Stoltenberg said.

© AFP 2021 / LEONHARD FOEGER / POOL
Why the US is No Longer a Key Player in Settling the Syrian Conflict
"The situation along the Syrian-Turkish border underlines the importance of one of the main topics of the foreign ministerial meeting. And that is how we can project stability beyond our borders," Stoltenberg added.

The Syrian-Turkish border has seen increased tensions, with Turkey's southern districts coming under fire from the Syrian territories under the control of Daesh. Turkish troops deployed near the country's border with Syria retaliate by shelling IS targets.