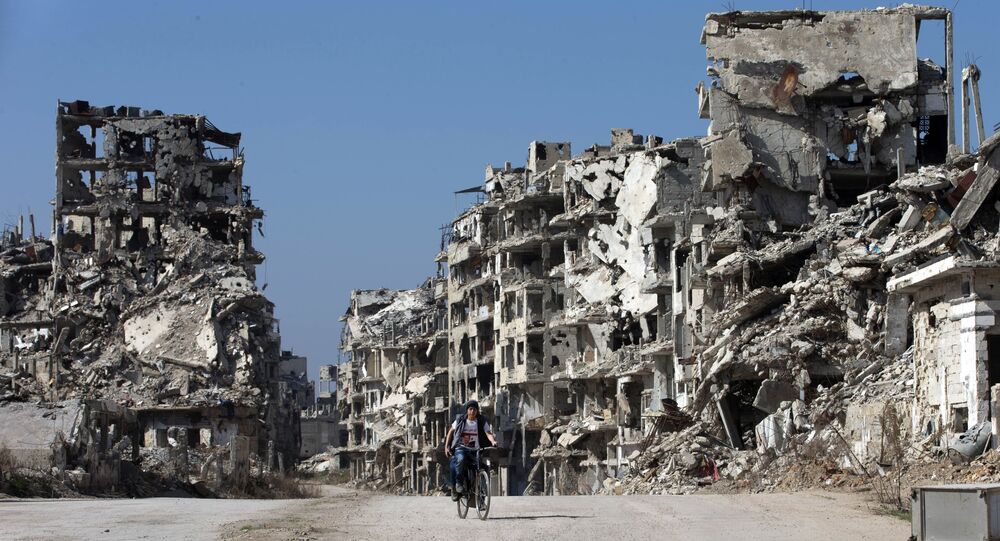 Almost four tons of humanitarian aid were delivered to a school in the settlement of Alqinnaqiah in the Syrian province of Homs, a representative of the Russian center for Syrian reconciliation at Hmeymim airbase told reporters.

ALQINNAQIAH (Syria) (Sputnik) — This round of aid contains 750 kilograms (1,600 pounds) of bread baked from Russian flour in Syria, candy for children as well as grain, sugar and canned goods. Russian servicemen also established a mobile health center to deliver much needed medical treatment.

“Humanitarian aid deliveries to the population have become a good tradition at the Russian military based in Hmeimim. This is help from the brotherly Russian nation to the Syrian people,” Col. Igor Borodin said.

Syria has been in a state of civil war since 2011, with government forces facing both moderate opposition and terrorist groups. The United States and Russia managed to broker a ceasefire on February 27.