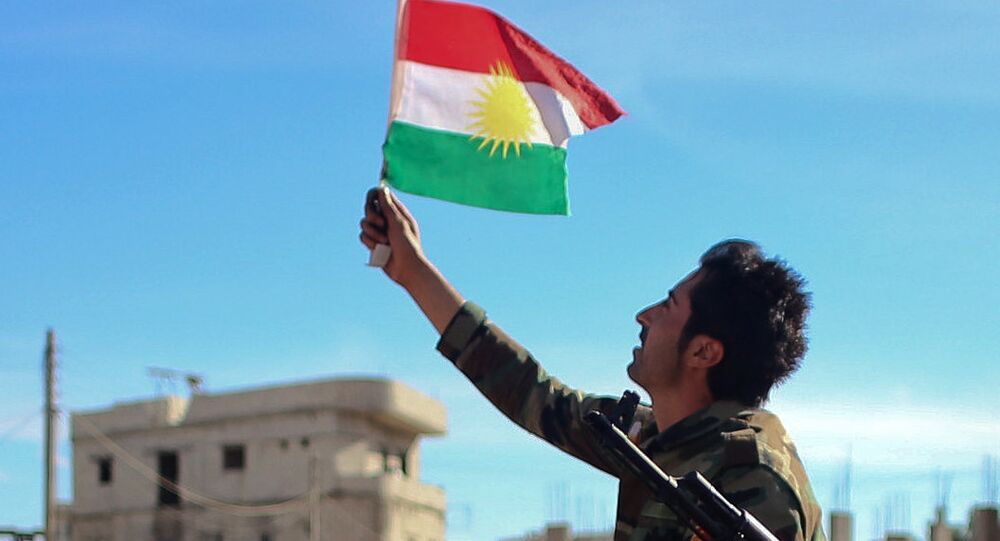 Syrian Kurds will not consider themselves obligated to follow the decisions made at the intra-Syria talks in Geneva if they are not included in the process, Syrian Kurdish Democratic Union Party representative in France Khaled Issa told Sputnik.

CAIRO (Sputnik) — While the Kurds are the largest ethnic minority in Syria, none of their representatives have been invited to the Geneva proximity talks in the past.

"We, as the Democratic Union Party, which is part of democratic autonomy, state that we shall not be obliged to comply with any decision taken in our absence or in preparation of which we did not participate," Issa said.

© AFP 2021 / Delil Souleiman
Trump Card: This is How 'Syrian Kurds Influence Global Politics'
The Syrian Kurdish Democratic Union Party claims that its participation in the intra-Syrian talks was blocked by Ankara because of its assumed links to the pro-independence Kurdistan Workers' Party (PKK) militant movement, which is active in southeastern Turkey.

Issa also told Sputnik that the Syrian Kurdish diplomatic mission will officially begin its operations in France on May 23.

"The official opening of the Rojava [Syrian Kurdistan] mission to France will take place on May 23," Issa said.

In February, a diplomatic mission of Syria's Rojava Autonomous Region opened in Moscow.

In March, Syrian Kurds announced the creation of a federal region in country's north — the so-called Federal Democratic System of Rojava and Northern Syria. The Syrian government responded by saying that the Kurds’ unilateral decision had no legal power.

In January, Russian Foreign Minister Sergei Lavrov said the intra-Syrian reconciliation talks would fail to reach a political settlement unless the Syrian Kurds were allowed to participate in the process.