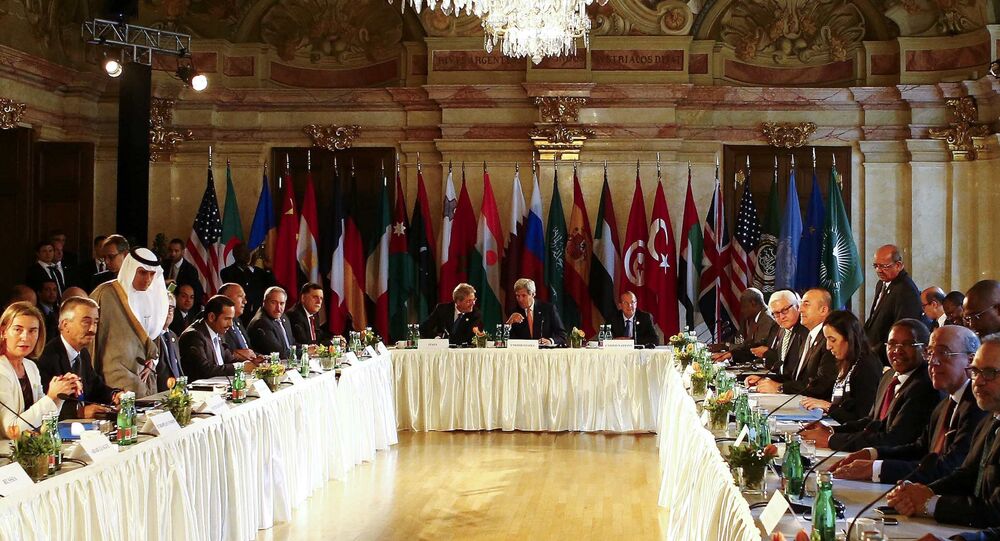 Since its creation in March, Libya's Government of National Accord has been working to establish authority throughout the war-ravaged country. With threats looming large, 20 nations are to meet in Vienna to discuss the security situation in Libya and what can be done to prevent more instability.

© AP Photo / Hasan Jamali
Who is Dipping Into Their Sovereign Wealth Funds Now Oil is Cheap?
While plans to deploy an EU-led military force to combat the threat of Daesh and other rebel groups appears to have been abandoned, representatives are expected to discuss what can be done to assist the fledgling government assert its authority across the entire country in the face of numerous challenges.

Many of Libya's problems, since the ousting of former leader Muammar Gaddafi, in 2011 have been based on the issue of political legitimacy. The country's internationally-recognized government was forced to flee to the eastern city of Tobruk in 2014 when rival group the Libya Dawn took control of the capital Tripoli.

However, despite March's breakthrough deal to establish the Government of National Accord (GNA) in Tripoli, the issue of political legitimacy has continued to dog officials.

With #Libya PM Serraj and all other colleagues at the international meeting in Vienna pic.twitter.com/dJdqfzdM02

Some lawmakers from the Tobruk-based parliament — who were previously considered to be the internationally-recognized government — have refused to acknowledge the new UN-backed GNA, leading to a further power struggle for control in Libya.

All nameplates are up! Visible & overwhelming suport of Interntional Comunity for #Libya-led inclusive peace process pic.twitter.com/zEDgPPjaam

As a result of the disagreement over political legitimacy, there have been conflicting opinions over who is the legitimate military force in Libya.

The respective military forces of the UN-backed GNA and the rival Tobruk parliament, under the control of General Khalifa Haftar, both claim to be building forces to destroy Daesh influence in the country, however there are fears the rivals groups may end up fighting each other.

The situation has also been complicated by the existence of many other smaller militia groups, creating a very dangerous and difficult situation for officials to handle.

In a situation that has similarities to the conflict in Syria, Daesh is seen as the common enemy in Libya by the rival administrations, with the terror group controlling areas around the northern port city of Sirte.

Defeating Daesh has been described by western nations as one of the most important issues in Libya, with fears the terror group could exploit the country's unstable political situation and gather more support.

While the Libyan GNA, under the premiership of Fayez al-Sarraj, have taken control of the country's central bank and National Oil Corporation, they are still facing protests from rivals in the country's east, with various groups looking to export Libya's oil resources.

#Libya #oil output just 340,000 bpd in April; May average may be half that @ReutersGraphics #OPEC #IslamicState pic.twitter.com/UFNx9GANND

The rejection of al-Sarraj's legitimacy as leader has led to some bankers to restrict or block access to bank vaults needed to pay government staff, triggering concerns of a further economic crisis for the UN-backed administration.