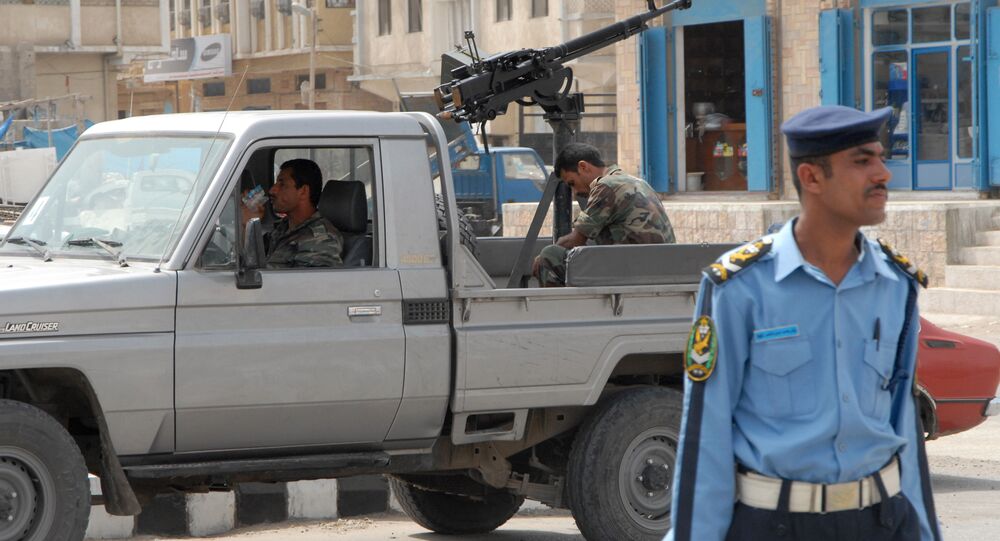 A Daesh suicide bomber blew himself up in Yemen's southern city of Mukalla reportedly killing at least 30 people and wounding 70 on Sunday. The port city has been recently liberated from al-Qaeda terrorists.

The attack targeted a police headquarters in the Fua suburb, according to Al-Arabiya. Another reports suggest that the militant attacked a military recruitment center. The local police chief survived the attack.

The terrorist detonated his suicide belt before the line of men at the security facility.

Sky News Arabia reported that 30 people were killed and 70 wounded.

Some 25 people were hospitalized.

Suicide bombing in #Mukalla reportedly targets police recruits; second suicide attack since May 12 (which was claimed by #ISIS)

A second attack rptdy targeted security director of Mukalla — he survived assassination attempt but several of his escorts killed. #Yemen

Al-Qaeda​ militants seized the port city of Mukalla last year, and it became a terrorist hotbed. The Yemeni army took control of the city in April.