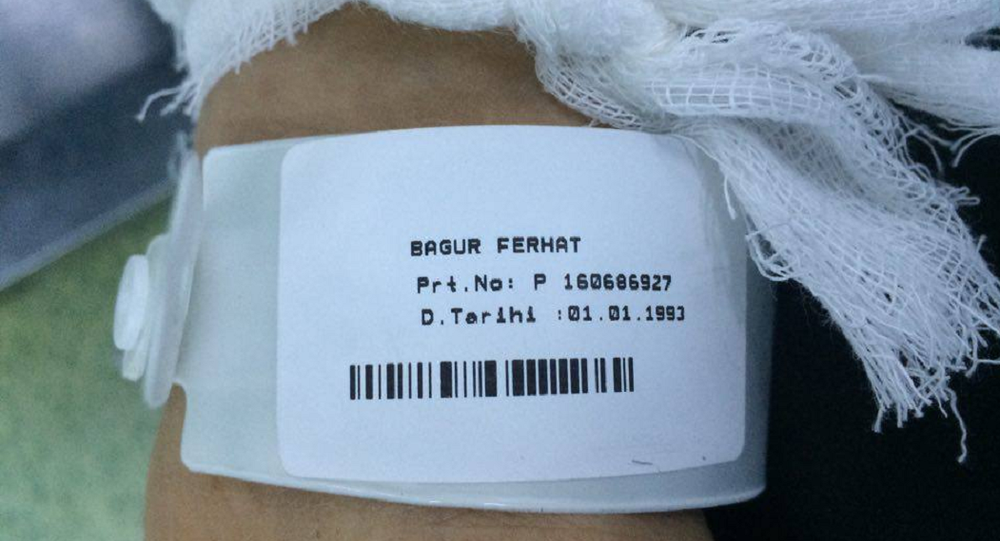 Four wounded Daesh fighters have been treated at the Ersin Arslan regional hospital, located in the Turkish city of Gaziantep, an unnamed source told Sputnik. They were admitted on May 5, the medical worker, who spoke on condition of anonymity, added.

One of them, named Bagur Ferhad, is an Afghan national born in 1993, the source said.

"I examined Daesh fighters. They had gunshot wounds. None of them received life-threatening injuries," the medical worker detailed.

Earlier, Turkish forces opened fire when a group of foreign fighters tried to cross into Syria near Oğuzeli, a city in the Gaziantep province. Three militants were killed, 11 were injured. Four of them were brought to the Ersin Arslan regional hospital. No record of their stay has been made.

"I think that the hospital's authorities don't want the public to find out that these people received medical treatment here. Doctors and health workers working here don't want to treat Daesh fighters. Some of the doctors come from Kilis, a town that is daily shelled from Syrian territories under Daesh control," the source explained.

The Gaziantep province shares a 50-kilometer-long border with Syria. Its capital city, located less than 100 kilometers north of Aleppo, has long served as a staging post for those, who wanted to fight in the war-torn Arab country.

Turkey has long been suspected of offering medical assistance to the militants, who are fighting to overthrow Bashar al-Assad. Iraqi MP Mowaffak al-Rubaie told RT as much last December. "There is evidence that some of these high value individuals of Daesh when they get wounded in Iraq and Syria, they cross the border and get treated and operated on in Turkish hospitals," he lamented.