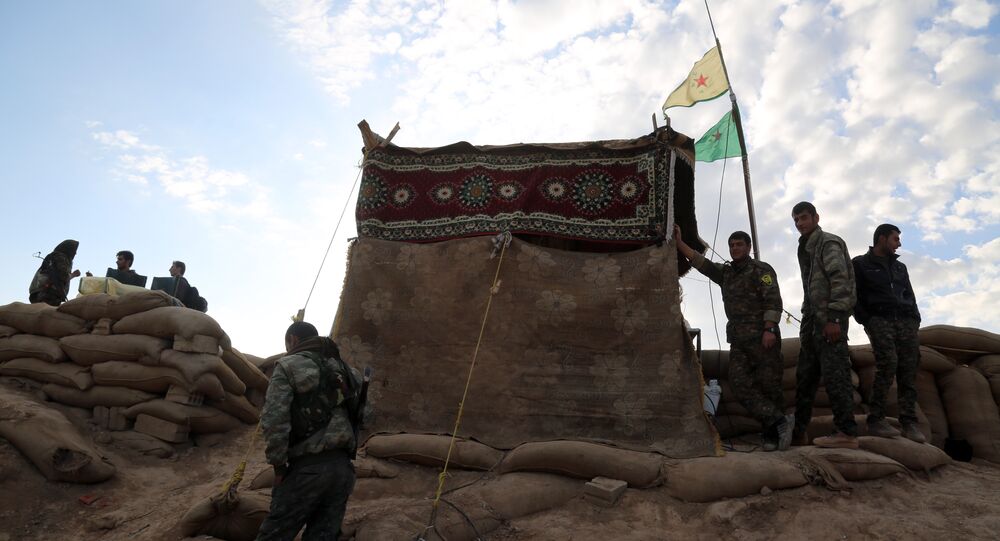 An RT crew uncovered a vast network of trenches, tunnels and underground shelters that Daesh used to store weapons, hide from air strikes and transport oil in the key Syrian town of al-Shaddadi that Kurdish and Arab forces liberated in February.

The journalists found fortified underground structures in every house they visited.

The militants, the crew said, gained access to different fortifications depending on their rank. Seasoned fighters could hide in well-protected underground bunkers, while new recruits were hiding in less secure facilities.

"This is one of [Daesh's] fortifications," a member of the Syrian Democratic Forces (SDF) told the television channel. "This is one of the rooms where they used to hide. They didn't sleep in the houses, they slept here."

Daesh used the same tactic in other cities that it seized. Last December, Peshmerga fighters discovered more than 70 tunnels in the Yazidi town of Sinjar. The militants used the tunnels to hide from air strikes and get around the city undetected. The passageways also served as escape routes.

© Flickr / quapan
Baby Don’t Go! Daesh Sets Up Office to Reduce Defection by Foreign Fighters
Daesh captured al-Shaddadi more than two years ago. The strategically important town is located in an area rich in oil and gas (more than 40 percent of the group's revenues come from illegal oil trade). The town also served as a link between the Syrian city of Raqqa, Daesh's de facto capital, and Mosul, the second largest city in Iraq that has been under militant control since June 2014.

In February, Daesh fled al-Shaddadi, leaving a treasure trove of documents, including folders on fighters and detailed invoices, offering a rare glimpse into the day-to-day life and business dealings of Daesh.

The files, uncovered by RT, confirmed that Turkey was buying oil from Daesh and that militant fighters entered Syria from Turkey.